A rooftop lounge, urban garden and colourful common spaces were among the amenities that swayed first-time homebuyer Krizia Carlos to purchase a one-bedroom condo in Calgary’s Mark on 10th development.
While such comforts in the under construction Beltline building look “super cool,” said Ms. Carlos, she thinks they’ll also serve a practical purpose, of helping her to meet her neighbours.
“I was hoping to have shared common space to allow me to be more interactive with the community inside,” Ms. Carlos says.
The 24-year-old nurse values her strong ties to Calgary’s hip-hop dance community and arts scene, and hopes to build similar connections inside the Mark. Residents in the sold out 35-storey building are expected to make the move in a few months.
“I think feeling part of a community helps you thrive,” Ms. Carlos says. “I’m probably the person that’s going to be knocking on other’s doors saying ‘what’s up?’ 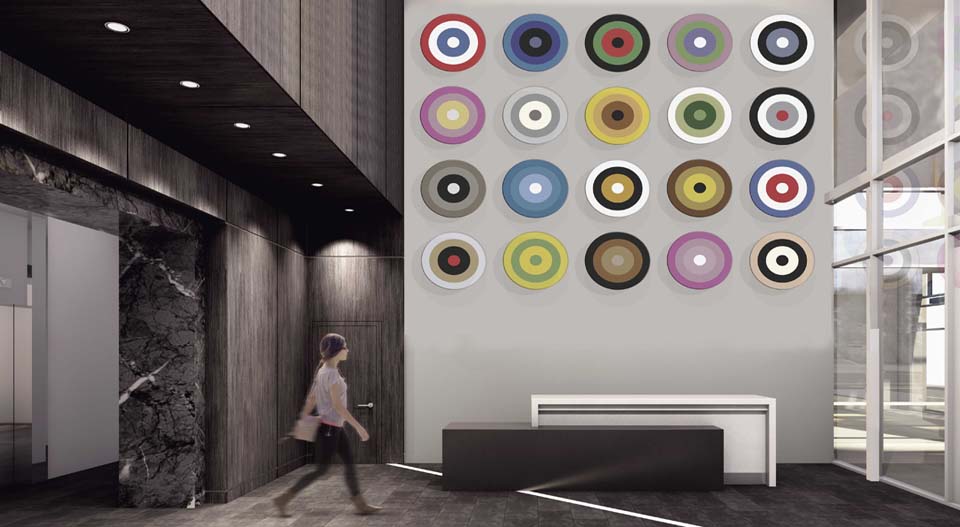 Lobby of the Mark on 10th
Developers behind Calgary condominium and apartment buildings are enticing residents by adding spaces that provide more opportunities for neighbours to meet and fellowship to develop.
It worked for Ms. Carlos, who says she was initially hesitant to even consider buying a condo.
“The people that know me would say ‘oh really, you’re living in a high rise?’ High rises have those biases with them; you’re living in another cubicle,” says Ms. Carlos. “But this building really drew me in.”

The rooftop deck at the Mark

The Mark has a rooftop space with a lounge, free Wi-Fi, a media centre, billiards table, and plenty of seating. There’s also a fitness centre, sunbathing patio, lounge with an outdoor barbecue, and an expansive urban garden on the third floor, while the building’s entry lobby will feature a large-scale public commission by Douglas Coupland. Prices for the 274 units started at the low $200,000s.

Calgary relator Josh Nelson, with Royal LePage Foothills, has sold inner-city condos for the past 16 years. Large condo complexes housing hundreds of residents in close proximity are a community, Mr. Nelson says, and people need to have a good feeling when they walk the hallways.

To that end, Mr. Nelson says more developers are adding “massive owners’ lounges,” places where residents can relax and meet each other, or they can book out and invite guests over. The move toward neighborliness comes amid growing concern over social isolation in cities.

“Today’s developers are really pushing for this sense of a neighbourhood, a sense of community within the building, in creating these lounges,” Mr. Nelson says.

Developers may have previously built a board room in the basement or on the main floor for the condo board to gather, Mr. Nelson says, but rarely was prime real estate given to communal spaces. In addition to the Mark, such lounges exist or are planned for various Calgary buildings, including First and Evolution in the East Village, Royal in Mount Royal Village, and The Orchard in Victoria Park. 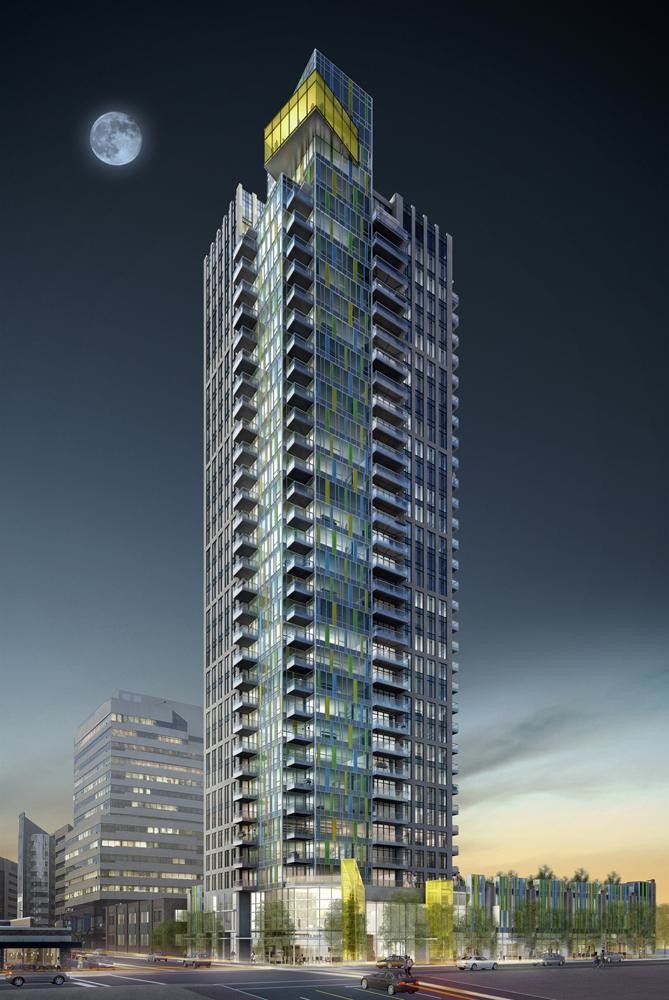 The exterior of the Mark on 10th
Zoey Duncan, who recently moved into First in East Village, calls the building’s amenities, including a gym and sky lounge, “really nice extras.”

Duncan is living rent-free for 12 months and documenting her new neighbourhood on social media, after she was selected to be resident ambassador for East Village, a position created by Calgary Municipal Land Corporation and its developer partners.
In addition to the building’s frills, Duncan also likes the small, thoughtful touches from Calgary Municipal Land Corporation, intended to help people feel part of a community. Orange “East Village” packing tape was sent to people before they moved into the neighbourhood, Duncan said, and special East Village branded library cards will arrive before the New Central Library opens.
At Vogue, a 36-storey building with 232 units under construction in the west end of downtown Calgary, the top floor will house a sky gym, yoga studio and a room owners can rent out.

“It’s spectacular up there. It was the best place in the building to put it,” says Vicky Livaditis, project co-ordinator for Vogue developer LaCaille Group.

Exterior amenities at the Mark

The lobby, a large community space with flat-screen TVs, couches, and a coffee station, has design elements that mirror a hotel lobby. It’s a welcoming place where people can come together, Ms. Livaditis says.

“Every building offers a home, but we want to offer a community, a neighbourhood. When people buy in here, they are looking for that kind of a thing,” says Marita Marks, sales executive for LaCaille Group.

Fostering a rich and vibrant community inside a building is also a growing priority for apartment property managers. At The Metropolitan, a 426-unit apartment building under construction in the Beltline, social activities such as wine tastings will be organized for residents, says Rob Martin, senior vice-president of Rhapsody Property Management Services.

The building has numerous amenities more typically found in a condo building, including an urban café, lounge, courtyard for outdoor gatherings, gym, pet washing area, and bike storage room and repair station. Those spaces will provide places for people to hang out with their friends, or meet new ones, Mr. Martin says. Leases are being signed for April 1, with prices ranging from $1,400 to $2,100.

“People need those outlets for community, that sense of belonging to something, of finding and meeting other people you can relate to,” he says.