A gentler density for North Vancouver

Moodyville has converted 300 small homes into a neighbourhood with about 2000 units – with the support of most residents. 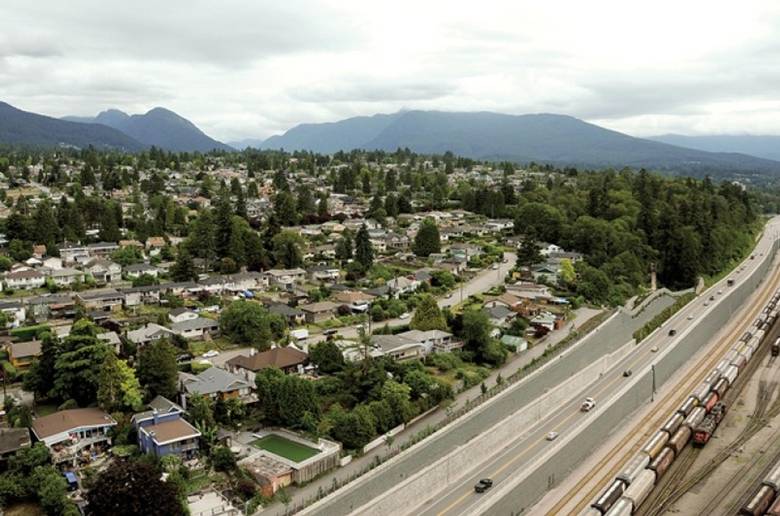 Urban planners are increasingly using the term “gentle density,” to describe the attempt to increase the number of residents in established neighbourhoods, though often, there’s nothing gentle about the process of wholesale change.

But North Vancouver seems to have pulled off a rare feat. It has converted an area of about 300 small detached homes into a mixed-use, multifamily passive-housing neighbourhood soon to be filled with about 2,000 new homes and apartments – more than six times as many as before – in addition to a big park and pedestrian-friendly laneways. And they did it with the support of most area residents.

Some townhouses will include lock-off basement suites, so homeowners have the option of renting them out, making their mortgages more affordable.

As a nod from the industry on how to get it right, North Vancouver won a gold award for Moodyville for Excellence in Planning Practice (City & Urban Areas) at this year’s Planning Institute of British Columbia annual awards.

When the process began a couple of years ago, there was some resistance. Not all homeowners appreciated massive rezoning that would transform their quiet low-density neighbourhood into a much denser one. Several of those people, Mayor Darrell Mussatto says, have stayed put. The city is still servicing those single-family houses.

The majority who opted to sell to developers putting together land assemblies were motivated largely by the major port expansion that is under way. That involved the relocation of a port-access road closer to their homes and the removal of trees. Several community groups formed and they eventually pushed for more density and park as part of the official community plan.

Mr. Mussatto had campaigned on higher density – his nickname, he says, is “Density Darrell,” so the uncommon community push for more density as compensation made sense to him. Mr. Mussatto, who is 56, lives according to his own gentle-density vision. He shares a property with other family members. 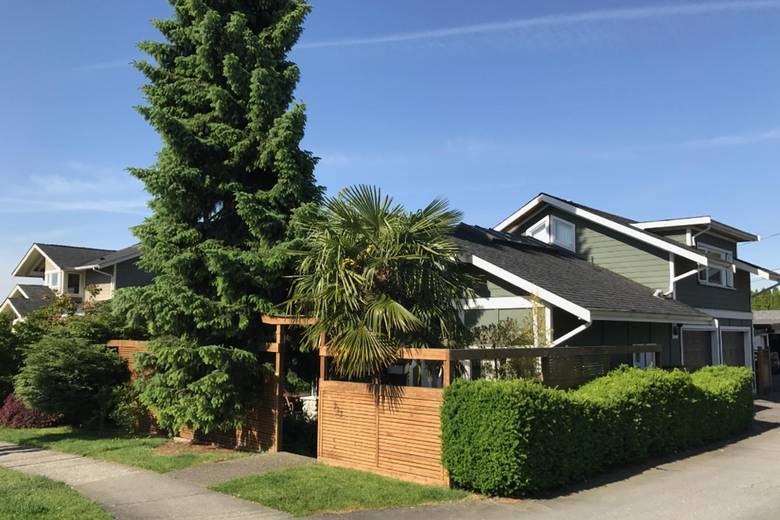 “I would love for everybody to be able to live in a single-family house, but that’s not achievable,” he says. “How else are we going to live here? How are we going to populate the Lower Mainland in a sustainable way? We had no choice.

“I live in an infill house, next door to my mom. I have a laneway house, the first one in the city. It’s 1,000 square feet. My brother lives next door in a duplex. We won awards for it.”

The Lower Lonsdale area is highly central and close to the SeaBus, frequent bus transit and shopping. But what mattered most was that the community was behind the plan to increase density. In planning terms, the stars for a higher-density neighbourhood were in alignment.

“The majority of the neighbourhood came forward and said, ‘this road is awful, it will wreck our lives, and we want out,’” Mr. Mussatto says. “They wanted to be able to sell their places, and they wanted an upzoning. [Rezoning] was from the bottom up.

The majority of Moodyville houses have been sold to eight developers, who purchased anywhere from three to 40 houses for land assemblies. What sets Moodyville apart from single-family neighbourhoods in Vancouver, such as Dunbar or Kerrisdale, was the absence of a drawn-out fight to save heritage houses.

“What is different than Dunbar or Kerrisdale is these were a lot of 1,000-square-foot boxes – wartime houses – very inefficient,” Mr. Mussatto says. “So this was an area that would lend itself to this.”

“It’s safe to say there was a strong incentive to sell and buy in other areas. Some [former residents] went into Central Lonsdale or Lynn Valley. Some went into apartments.”

Urban planner Brent Toderian has been a consultant on the project since its early days, acting on behalf of a developer. He liaised with a group of 60 homeowners, who knew they would have to sell.

The scale of land assembly surprised him. It was a planner’s dream.

“If you asked me before we did Moodyville, ‘Could you assemble that many single detached separated lots, and do a gentle density mid-rise community?’ I would have said no, or it would be extremely hard,” says Mr. Toderian, who is Vancouver’s former planning director.

“That is something that most planners or municipalities would likely tell you isn’t possible. What interested me was ‘the unicorn’ – the thing we [planners] say doesn’t exist – which is the opportunity to assemble that many single detached houses and do gentle density.

“It is the most important model, I believe, for cities across Canada. It is the illustration that it was possible – and none of it would have been possible without assembling single-detached houses.”

In order to do those assemblies, he says it was imperative that homeowners could sell for high enough prices so they could buy back into the area. Developers needed to justify paying that price.

A lower density, he says, would have been “a recipe for paralysis.”

But the new Moodyville hasn’t come without pain. Homeowners Michelle and Michael Binkley organized the land assembly of 60 homes, including their own, when they found they had no choice but to sell. Realtors told them that their house price could drop by as much as 50 per cent due to the port expansion and loss of views. After five years of battle with the port, and advice from legal counsel that they didn’t stand a chance, Ms. Binkley decided that a higher-density zoning was the only way to save their equity.

Several families in her block were threatened with bank foreclosure if their house values dropped, so some were desperate, she says. The long fight proved exhausting. Also, the neighbourhood was physically changing. She says not everyone was in favour, but ultimately, 55 out of 60 homes in their assembly sold.

The assembly has changed hands from the original developer, and is now owned by Wall Financial.

“It was actually my idea: What happens if we ask for more density and instead of single-family homes we ask for duplex zoning? Because we thought it would get the numbers back up for the value of our homes. And those who wanted to stay could stay, and those who wanted to leave could leave,” says Ms. Binkley, who now lives with her husband in Lynn Valley. “So it opened a dialogue.”

But she is still emotional about having to leave their “haven” of 30 years, which won an award for its design and included her husband’s art studio. She did not want to leave, but felt there was no other option. She calls the process “bittersweet.”

“Overall, I’m more a for-density person, because people have to live somewhere. I’m annoyed that millennials can’t afford to buy a condo. Obviously, there are no [easy] answers. I think change is good, and revitalization is good … but it makes me sad that all of that is riding on the backs of us, who used to live there.”

Moodyville, which is a historic neighbourhood, was the epitome of a working class area that overlooked the port. That it could once again become an area of affordable starter homes depends on how you define affordable.

James Askew, president of rareEarth Project Marketing, is selling 46 Moodyville townhomes for developer Guildford Brook. The homes are all passive houses, designed to save energy and money.

Mr. Askew says the price for a 1,300-square-foot, three-bedroom townhome at Evolv Living would be a little less than $1-million. The larger units, in the 2,000-square-foot range, will come in at $1.3-million to $1.6-million and include a lock-off suite for rental income.

“I think a lot of people in North Vancouver see this as an area that is underdeveloped,” Mr. Askew says. “You see more homes designed and built better, and more ground oriented, as opposed to towers and high-density areas.

“And there’s certainly no question in North Vancouver that more housing is required for families. And millennial young families, they don’t want a single-family house that’s about staying home and cutting the grass. It’s more about good location, functional accommodation and [being]reasonably affordable. And most families now have two incomes coming in.”

Asked whether Moodyville will prove the template for other gentle-density neighbourhoods in the Lower Mainland, Mr. Toderian is cautious.

“Moodyville is a model, but it’s a model of rare opportunity, not something that should be a blanket approach,” he says.

“It’s not an easy model to replicate. You need to get the details right. There are many ways the idea could have failed.”

Written by: Kerry Gold of The Globe and Mail