At the Mark on 10th project, by Qualex-Landmark, the residential lobby atrium of the Beltline project will feature artwork from one of Canada’s most well known authors and visual designers, Douglas Coupland. It will be the first large scale Coupland piece in Alberta and its series of colourful circles represent modern Calgary.

As Coupland describes his piece: “It is a work that engages the viewer in an ongoing challenge to identify and remember what is depicted — almost like a chocolate box and its map.” Entitled Interpretation of Calgary, Alberta in the 21st Century, the art’s unveiling— hopefully by Coupland himself — is expected by the end of this year.

Qualex also introduced the first art piece of its kind in Vancouver into its Pomaria residential tower. Parham Mahboubi, vice-president planning and marketing for Qualex-Landmark, says the company’s vision to create a unique, modern, youthful and edgy building was in many ways effectively represented in the commissioned art. “We feel we are not only contributing our part in promoting the arts in the emerging Design District, we are also infusing a new energy and vibrancy into the building.” He says the piece has attracted considerable attention from homebuyers as yet another unique element that sets Mark apart from other developments. 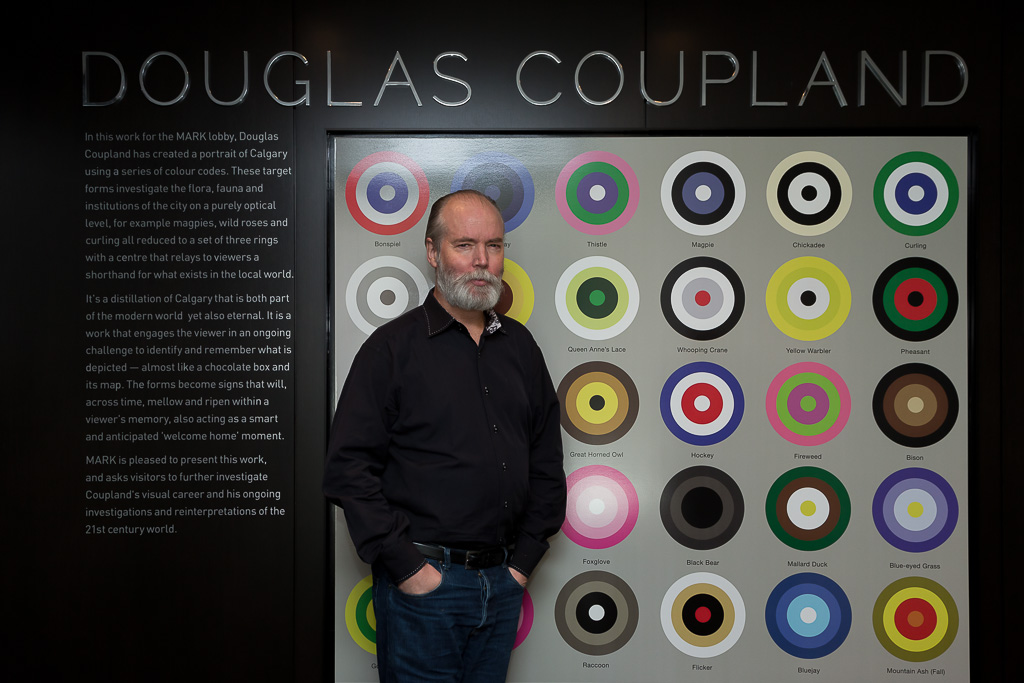 This excerpt is from an article by Barb Livingstone of Calgary Herald.