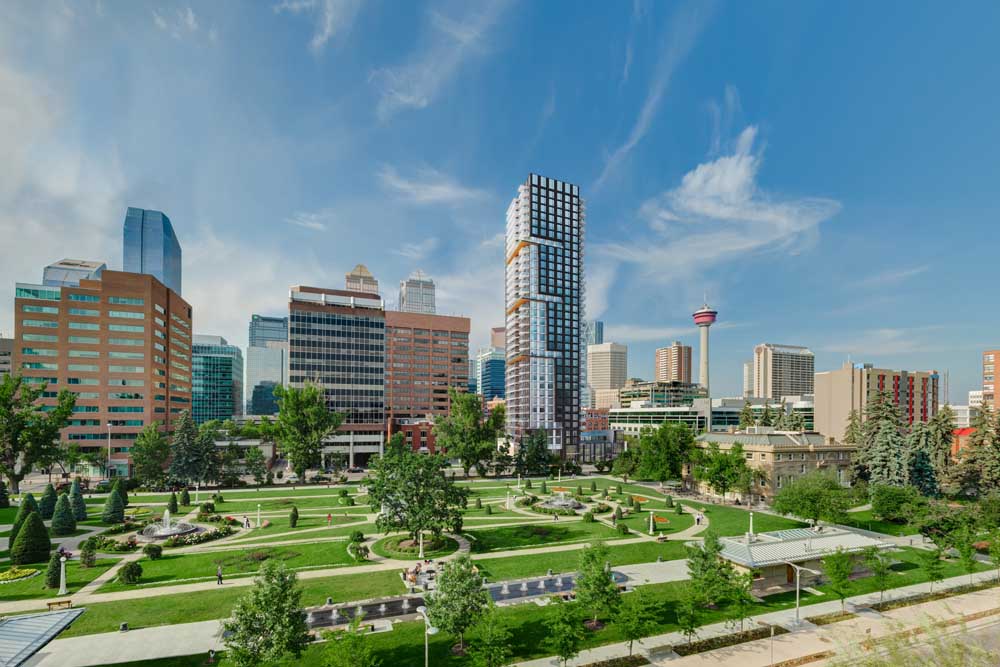 There are fewer cranes above Calgary’s downtown than there were in 2015, but condo builders are still seeing strengths near the core.

Construction was underway on 1,836 condos in downtown Calgary in April, which is down from 2,267 during the same month a year earlier, says Canada Mortgage and Housing Corp. Over the first four months of 2016, construction starts in this area eased to 167 from 195 year over year.

“Qualex-Landmark has always viewed Calgary as a great city and while sales are not as robust as they use to be prior to the drop in oil prices, they have been steady for Park Point and we expect that to continue,” says Parham Mahboubi, the company’s vice-president of marketing and new developments.

Park Point is a two-tower development in Calgary’s Beltline District, which is under construction on a site with immediate access to Central Memorial Park. The current starting price is $263,000 for a one-bedroom condo.

“We have strong faith in the Calgary real estate market and have a long-term vision for our future in the city,” says Mahboubi. “We still have a second tower to bring to market after the first Park Point tower is sold out so, we have no plans to go anywhere.”

Park Point is now more than 50 per cent sold. Since its launch, the development has averaged about nine home sales per month, which equates to selling one condo approximately every three days. “That is a clear sign that the real estate market is still quite active,” says Mahboubi.

Earlier this year, Qualex-Landmark opened possessions on its fifth Calgary development, Mark on 10th. This skyscraper boasts a luxury rooftop lounge on its 34th and 35th storeys.