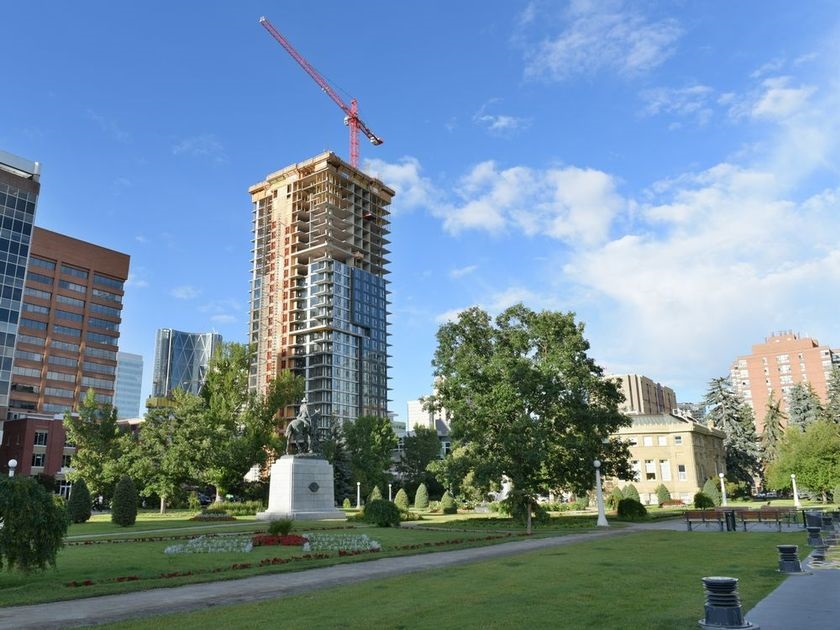 What is a hipster/nester community? It is a community that appeals to both the hipsters and empty nesters. “Over the past 10-plus years, Calgary’s Beltline has very quietly evolved into one of North America’s best urban villages. I don’t expect that ‘flying under the radar’ status to last much longer,” says David Bell of Urban Systems’ Vancouver office. “Steps away from work but also a ton of cool cultural, entertainment and foodie venues in a mix of old and new buildings, the Beltline is a lot like Vancouver’s Yaletown or Seattle’s Belltown. For workers and residents in the Beltline, being able to walk or cycle to things rather than being stuck in traffic is also a huge bonus.”

FYI: The Beltline stretches from 14th Street S.W. to the Elbow River, from 10th Avenue S. to 17th Avenue S., including all of Stampede Park. It is the amalgamation of two of Calgary’s oldest communities — Connaught and Victoria Park, which happened in 2003. The Beltline name comes from the old streetcar route that used to travel through the district linking 17th Avenue S. to downtown.
Here are six reasons why Calgary’s Beltline deserves to be on the list of North America’s top hipster/nester communities:

In today’s world, no community is hip without having several places to enjoy local and international craft beer, as well as curated cocktails. Beltline is home to dozens of neighbourhood pubs from traditional ones like Bottlescrew Bills (home of “Around the World in 80 Beers” passport), Ship and Anchor (best street patio in Calgary) and Rose and Crown to the new kids on the block – Craft Beer Market, Commonwealth Bar and Stage, Beer Revolution, 1410 World Bier Haus and Home and Away. Looking for local brews Beltliners have Brewsters, Trolley 5 Brewpub and Last Best Brewing & Distillery.

As for crafted cocktails, the Beltline is home to the Raw Bar, in the funky Hotel Arts, Model Milk (a popular “meet-up” spot), with the new kid on the block being Run Pig Run Urban Eatery & Bar.

Whether you are a hipster or a nester, you likely need your daily caffeine fix. The Beltline’s independent cafes could give Vancouver or Seattle a run for their beans.
Cafe Beano, the Beltline’s “go-to” cafe for decades, has been joined by places like Analog, Bumpy’s, Kawa Espresso Bar, Sucre Patisserie and Cafe, Boxcar Board Game Cafe and Cafe Rosso.

There was once a time, not that long ago, the Beltline was lacking when it came to parks. This is not longer true. It is home to Calgary’s oldest and prettiest park – Central Memorial Park built in 1912, with its fountains, gardens, bistro and library. Speaking of pretty parks, the Lougheed Park with the Beaulieu Gardens is a hidden gem along the pastoral tree-canopied 13th Avenue.
Other parks include Thomson Family Park, not to be confused with the Beltline’s Tomkins Park, Barb Scott Park with its illuminated Chinook Arc sculpture, Humpty Hollow Park and Connaught Park (with Calgary’s only urban dog park). There is also Haultain Park with its busy playground (who says families don’t live downtown), tennis courts and soccer field.
And of course, there is Stampede Park, home to festivals year round, everything from the Calgary Expo, one of North America’s best cosplay festivals to the Tattoo and Arts Festival and, of course, that little cowboy festival in July.

Beltline has a plethora of fun, funky and quirky places to eat. It doesn’t get more fun than the Yellow Door with its Alice in Wonderland-like decor to the steel barrel booths at Regrub (makes a mean burger and shake). For funky dining there is Tubby Dog (know to some as Tubby Arcade) and Nandor’s, which is like walking into a 3D street art mural with its two-storey graffiti mural on one wall. As for quirky eating, nothing beats brunch at the Mermaid Inn in the mellow yellow Danish Canadian Club building.
Fine dining options include Bonterra (best back alley patio, in Calgary), Vintage Chophouse and La Chaumiere.

The first annual Beltline Bonspiel at the Lougheed House took place on Feb. 25th, 2017. It was the first outdoor bonspiel in Calgary in more than 100 years. The winners are awarded the Brewer’s Trophy Cup that dates back to 1915, but had not been awarded to any team since 1966. The 2018 bonspiel took place on the Family Day weekend and the CBC team took home the trophy for the second year in a row.
In September 2017, the City of Calgary and merchants on 17th Avenue piloted a Backyard Alley party concept where parking and loading areas were cleverly converted into outdoor patios and game areas. A huge success, plans are underway to expand the alley parties in 2018.
If you are into music, Beltline has Broken City, Commonwealth Bar and Stage, The Hifi Club and Mikey’s on 12th. You know you are in a hipster/nester community when there is a monthly Flamenco Jam (its held the last Saturday of the month at Cafe Koi).

The Beltine has a wonderful mix of old and new condos, from one of Calgary architects Jeremy Sturgess’ earliest works — Connaught Gardens — to Lamb Development’s 6th and Tenth condo. It also has some of the few real loft condos in Calgary in the old warehouses along 10th Avenue.
Beltline developers have taken full advantage of the neighbourhood parks to offer luxury parkside living opportunities. Currently, four new residential towers are under construction or recently completed next to parks – the Guardian at Stampede Park, the Royal at Tomkins Park, Park Point at Central Memorial Park and Underwood Tower at Haultain Park.

VIEW THE COMPLETE ARTICLE by Richard White of the Calgary Herald