According to a new report released Friday by the bank, the province’s strong economy is fueling the surge, and barring a sudden drop in oil markets, home prices and construction will continue to climb in the year ahead.
“Benchmark prices in Calgary are up a strong 9 per cent year-over-year and recently topped levels seen at the height of the pre-recession energy boom,” senior BMO economist Robert Kavcic points out in the report, adding that the strong pace of growth is not likely to cause Alberta’s housing market to reach the frenzied pace of the 2006/07 boom.
“For policymakers, this is clearly a case of superior economic and demographic fundamentals at work, not a bubble rearing its head,” Kavcic says.
As economy grows, so does population
Alberta’s robust economy is attracting new people. Population growth has surged to 3.5 per cent year-over-year, the fastest pace in more than three decades.
“Every province in Canada is now seeing a net outflow of migrants to Alberta,” Kavcic writes.
To demonstrate just how strong Alberta’s economy is, take a look at the charts below which compare the province’s GDP, employment numbers, retail sales, population growth and wages to the rest of the country. 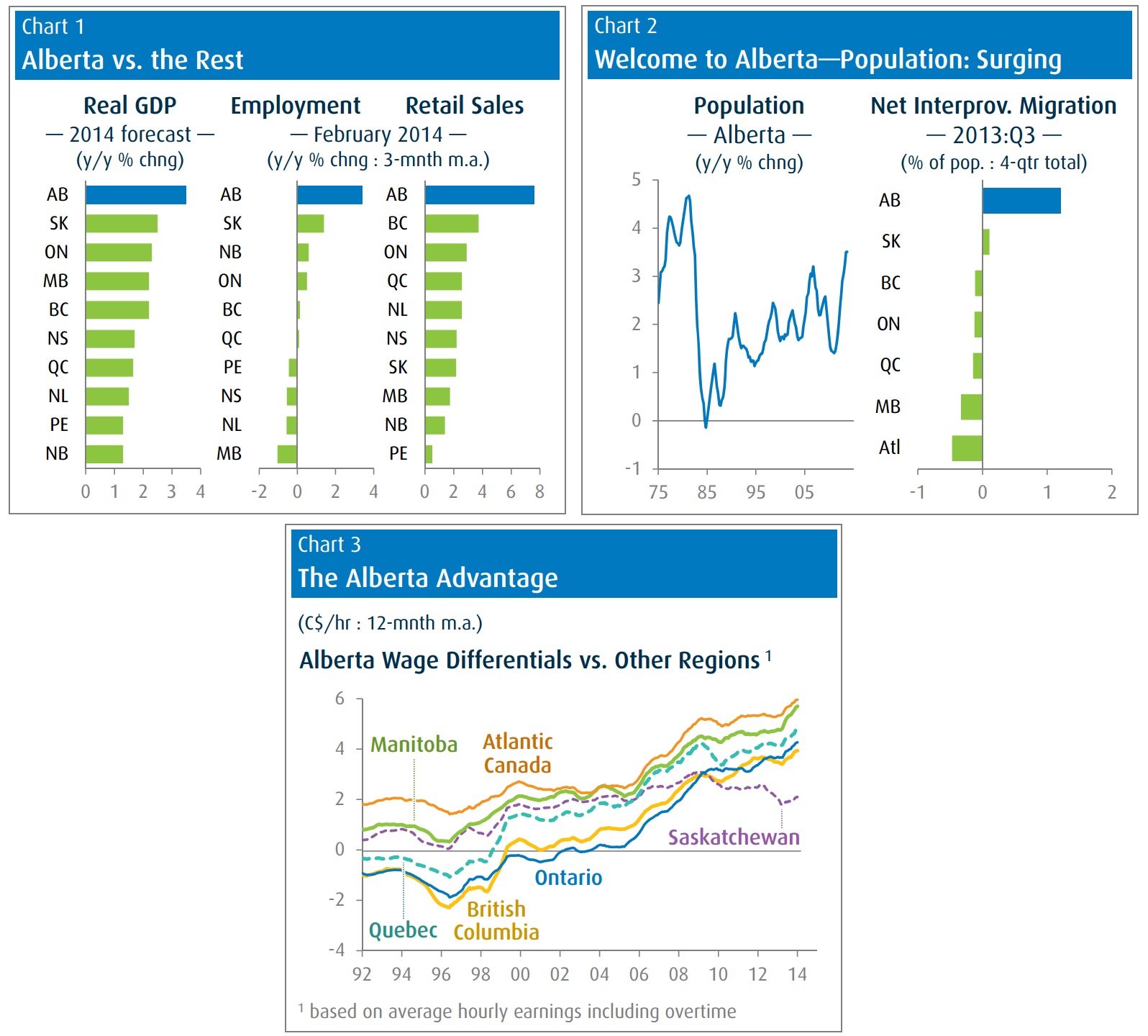