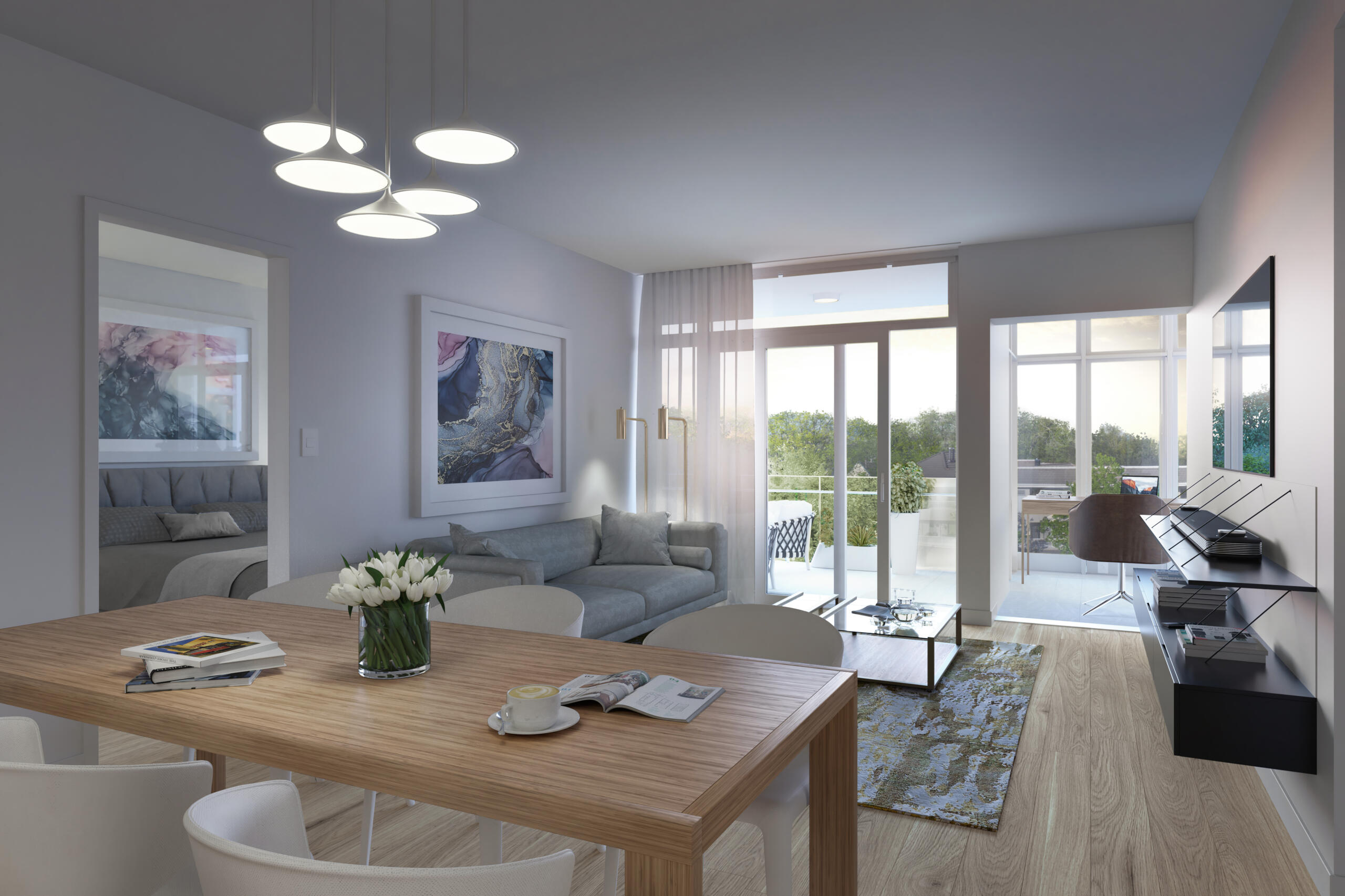 Featured in Business in Vancouver (BIV)

Vancouver developer Qualex-Landmark is among the first to implement a number of measures to reduce the spread of COVID-19 in two new residential projects, part of a trend that is gaining traction across North America.

“Just as the Spanish flu gave us the vanity room, which originated as a hand-washing basin immediately inside the front entry of a home, COVID-19 will influence innovation in home design,” Chris Marlin, president of Lennar International, one of the largest U.S. home builders, wrote in a recent report to a World Economic Forum COVID-19 action platform.

The modifications to new home design include variations in open floor plans, changes to ventilation systems, touchless technology and the use of antimicrobial metals, such as bronze, copper and brass, for touchpoints, he noted.

Homes used to be built with small alcoves that included built-in tables large enough for computers, he said. The alcoves fell out of favour when technology enabled people to easily move around with their laptops, and Rafii thinks that they could make a comeback.

Qualex-Landmark, which plans to start about 300 units of housing in Metro Vancouver in 2021, will introduce extensive pandemic-proofing designs in a high-end 48-unit strata development in Vancouver and a mixed subsidized rental and market condo project it will build in Burnaby’s Metrotown, according to Jordan Beach, the company’s vice-president of marketing.

“At the Legacy on Dunbar, we have introduced a number of measures to reflect the new world we live in,” Beach said.

These included moving the two elevators for the five-storey project from inside to the north and south exterior of the building to reduce resident congestion. Most of the building amenities were move outside as well, including an open-air roof top lounge.

The ventilation system was changed to individual filtered systems for each unit to reduce the use of recycled air throughout the project. The common areas are also equipped with specific air exchangers that draw and exhaust directly to the outside, Beach explained.

In the Burnaby project, touchless entry doors and touchless faucets will be used and touchpoints in common areas, such as a children’s playroom, will be coated with antimicrobial material. Floors and countertop will use non-porous materials that allow for easy sanitization, he added. Sanitize stations are being custom-built into walls in the lobby, and Qaulex-Landmark is also looking at voice-activated smart appliances, which are widely available.

“These are all cost-effective procedures to put in place,” he said, referring to automatic doors or using ultraviolet light to sterilize ventilation systems. “It is quite shocking how little they do cost. It actually makes the home more marketable and it doesn’t cost the consumer or developer anything additional,” Beach said.

Lennar suggested that open floor plans, which are quite popular in new homes, could change in a pandemic-conscious world, because they are suspected of helping spread infections, and make it harder for people to quietly work at home.

But Beach believes open-floor designs will remain, especially in smaller condos, but he suggested they will become more flexible in larger new homes, with sliding doors that allow spaces to be divided.

Beach believes that, like the powder room, anti-virus designs will become more common in new homes, even if a vaccine ends the current pandemic.

“I think that, going forward, sanitization measures will become huge in new homes, as well as in furniture and appliance design. The pandemic has changed the way people think. This is the new normal,” Beach said