Calgary condo prices forecast to rise by 6.6 per cent this year

Calgary condo prices forecast to rise by 6.6 per cent this year 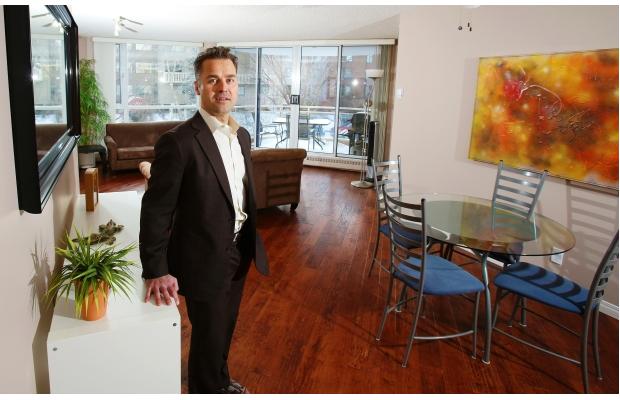 CALGARY – Calgary will lead the nation in price growth this year for the resale condo market.

In a report released Wednesday by the Conference Board of Canada, and commissioned by Genworth Canada, the median resale condo price in Calgary is forecast to rise by 6.6 per cent in 2014 to $271,413. And it will see further growth of 3.5 per cent in 2015 to $280,975, which will be the second best annual growth rate in the country behind Victoria’s 4.0 per cent.

The Summer 2014 Metropolitan Condo Outlook examined condo markets in eight Canadian cities and found that population, economic and employment growth all point to a stabilizing of the Canadian market, and while pockets of higher risk still exist in Toronto and Vancouver, a broad-based downturn is unlikely.

It said a healthy economy, along with low mortgage rates, helped lift sales of existing apartments to a post-recession high of 4,454 units in 2013, with volumes higher in the year’s second half. Annualized sales in the first quarter of this year were the highest since 2007 and transactions are forecast to end the year at just under 4,900 units with similar volumes expected in 2015 and “slight upticks thereafter putting them near boom-era levels.”

The report said a 6.6 per cent price hike this year would exceed the 20-year average hike of 6.1 per cent for the first time in six years.

“Calgary’s excellent housing affordability is the product of both healthy average household incomes – the highest among our report’s eight cities – and relatively modest apartment condominium prices – these were lower only in Quebec City and Edmonton last year,” it said.

“This put Calgary in a virtual tie with Edmonton for the lowest carrying costs as a proportion of average household income among this report’s eight cities – 10.7 per cent and 10.6 per cent respectively.”

The conference board said the new construction outlook is also robust as the absorption of new units tripled between the cyclical low in 2011 and 2013.

“Last year’s take-up of 2,929 units was a five-year high and could well have been larger if not for the floods,” said the board. “The strong demand for new apartment condominiums cut the inventory of newly completed and unoccupied apartments to 208 units on average during 2013, and year-end volumes were much lower. This was well below stocks that approached 800 units in 2010.”

The report said a jump in absorptions to over 4,800 units at an annual rate during the first quarter of this year has virtually depleted unsold stocks and set the stage for take-up of nearly 3,400 units this year.

“Builders will act quickly to meet this demand, boosting apartment condominium starts to a six-year high of nearly 3,500 units, after flooding contributed to a 19 per cent pull back to 2,736 units in 2013,” said the board.