Condo developments a short walk to the Calgary Stampede

Article by Josh Skapin for Canada.com 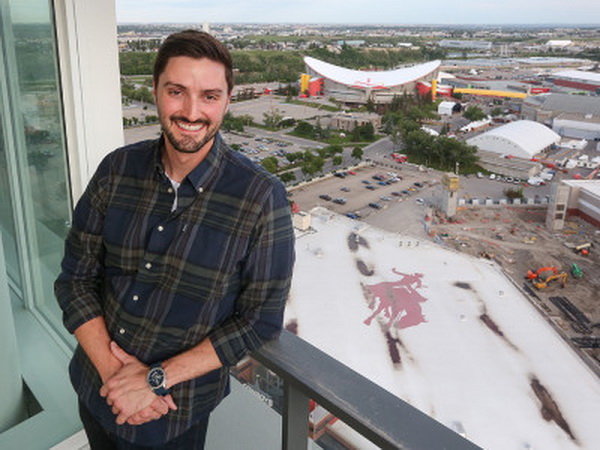 Sean Park has “awesome” views of Stampede grounds — perfect for fireworks watching — from his condo on the 25th floor at the Guardian development on 12th Avenue S.E. Photo by Christina Ryan/Postmedia

While the Stampede sees visitors from around the world, for some people, the iconic festival, exhibition and rodeo, is just down the street.

“It was a Wednesday night (last year) — I had nothing planned, and remember thinking to myself — ‘what should I do tonight? I might as well wander over to the Stampede grounds,’” says Park, adding he had a pass that allowed him to get in any day, and made it count. “The proximity just makes it so attractive there. I went over and watched a couple of shows that night and it was just completely spur of the moment.

“It wouldn’t have happened if I didn’t live so close,” he adds. “I can go and only stay for 20 minutes if I wanted, I can go for a few hours, and it’s just so accessible.”

Some of the other condo developments allowing for easy walks to Stampede Park include a five-storey building called the Matrix in Calgary’s trendy Mission district, which opened sales in late 2018, and Park Point by Qualex-Landmark in the Beltline, which is about 90 per cent sold out. In both cases, they’re about a 15-minute walk away from the grounds.

Qualex-Landmark’s vice-president of sales and marketing, Jordan Beach, says Park Point’s location is the best of both worlds.

“It’s central and close to the excitement of the Stampede yet removed enough for that needed refuelling and rest,” he says. “Park Point’s peaceful amenities and expansive lounge are a great place to have friends over for a big feast in the indoor/outdoor kitchen and dining before heading to a show.”

The Calgary Stampede is on now until July 14 at Stampede Park.

Read the complete article by Josh Skapin for Canada.com here.