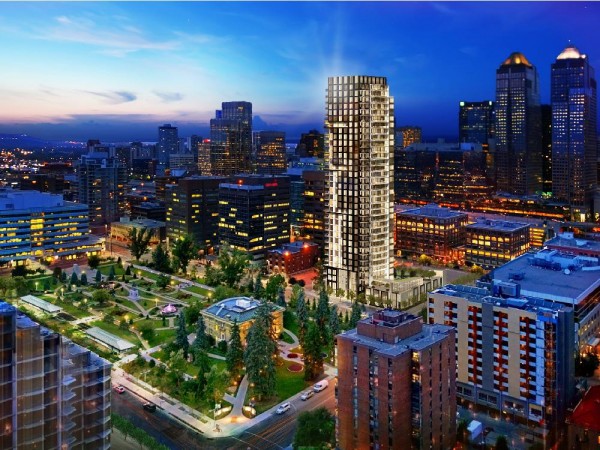 It was a busy six months for some apartment-style condo developments, despite a slowdown for new construction and resale activity in the segment city-wide.

There were 1,782 condo-style apartments sold on the resale market in Calgary over the first six months of the year, which is a 29 per cent dip from the 2,524 that changed hands during the same months in 2014, says the Calgary Real Estate Board.
At the same time, new builds on apartments in the Calgary census metropolitan area eased to 2,879 from 4,010 construction starts during the same months in 2014, says Canada Mortgage and Housing Corp. The census metropolitan area includes activity in neighbouring cities and towns, such as Airdrie, Cochrane and Chestermere.

One development that avoided the downswing was Copperfield Park III in southeast Calgary. The 304-condo development had 78 sales over the first half of the year, says its developer, Brad Remington Homes. This includes selling 26 condos in April alone.

“Many of our potential purchasers have told us how difficult it is today in the rental market,” writes the company’s sales and marketing manager Bryan Logel in an email. “They really want to own their own home and create equity, but once you’re renting, it is hard to save the down payment. We have an answer, and it’s called staged deposits.” The development launched a program that allows buyers to pay their down payment over time.

In earl April, buyers camped out in the sales centre for an early spot in line to buy in the development’s new release at the time.
“Our focus this year is simple,” says Logel. “Create opportunities for potential purchasers where they can become owners versus renters. We have accomplished this through design, pricing and staged deposits.”

Brad Remington Homes has a new development headed to the southeast community of Legacy. Another project with a busy stretch of sales in 2015 is Carlisle Group’s Emerald Sky at Kincora. This is a concrete and steel complex on the city’s northwest side.

“We’ve had just a little over 75 sales in the second quarter of the year,” says Carlisle’s vice-president of sales and marketing Jim Bryce. “That’s 40 per cent sales in the first couple of months. So that’s not bad at all.”
With entry level-pricing in the $250,000s, the price tag is competitive for a concrete building, says Bryce, adding it’s comparable to wood structures.

But new master-planned communities aren’t the only areas that drew interest from condo-style apartment buyers over the first half of 2015. Park Point sold $40 million worth of condos, after launching sales earlier this year. The 34-storey tower by Qualex-Landmark is slated for a site in the city’s historic Beltline District.
“In just over four months, we sold more than a third of the tower, which is a fantastic achievement considering the downturn in the local economy this year,” says Mohammed Esfahani, president of Qualex-Landmark. “We are confident that well-located sites, thoughtfully planned homes in established amenity-rich communities are going to continue to attract homebuyers, due to the increasing popularity of carefree urban living.”