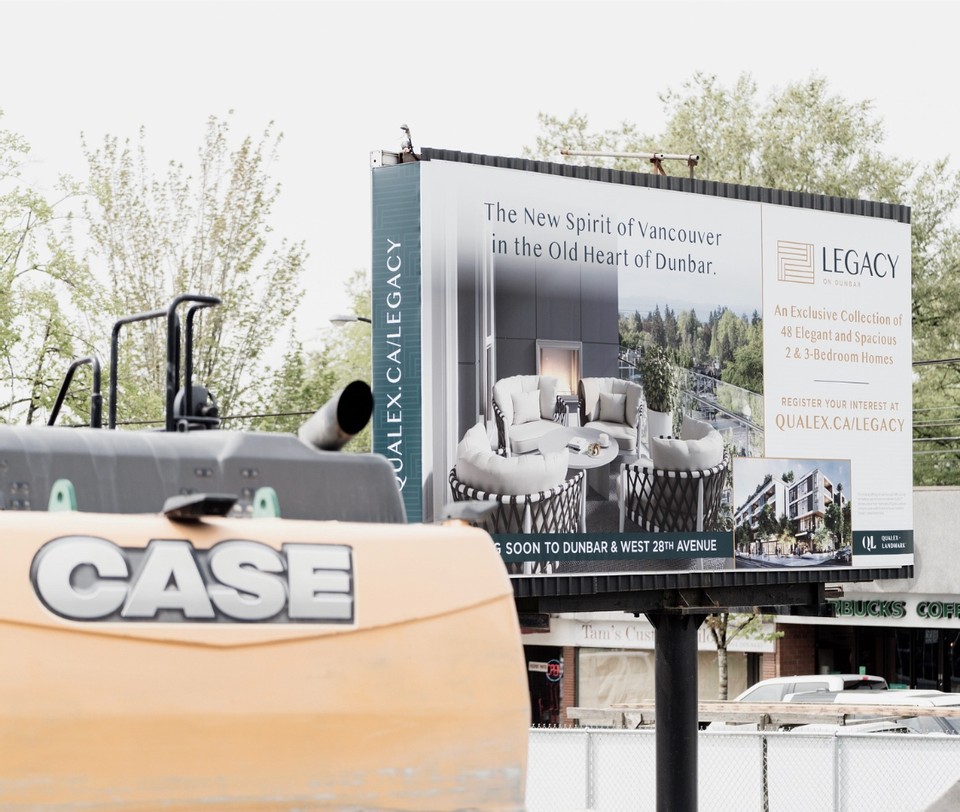 An upcoming development in the core of Dunbar Village in Vancouver’s Westside will provide the retail district with a much-needed boost. 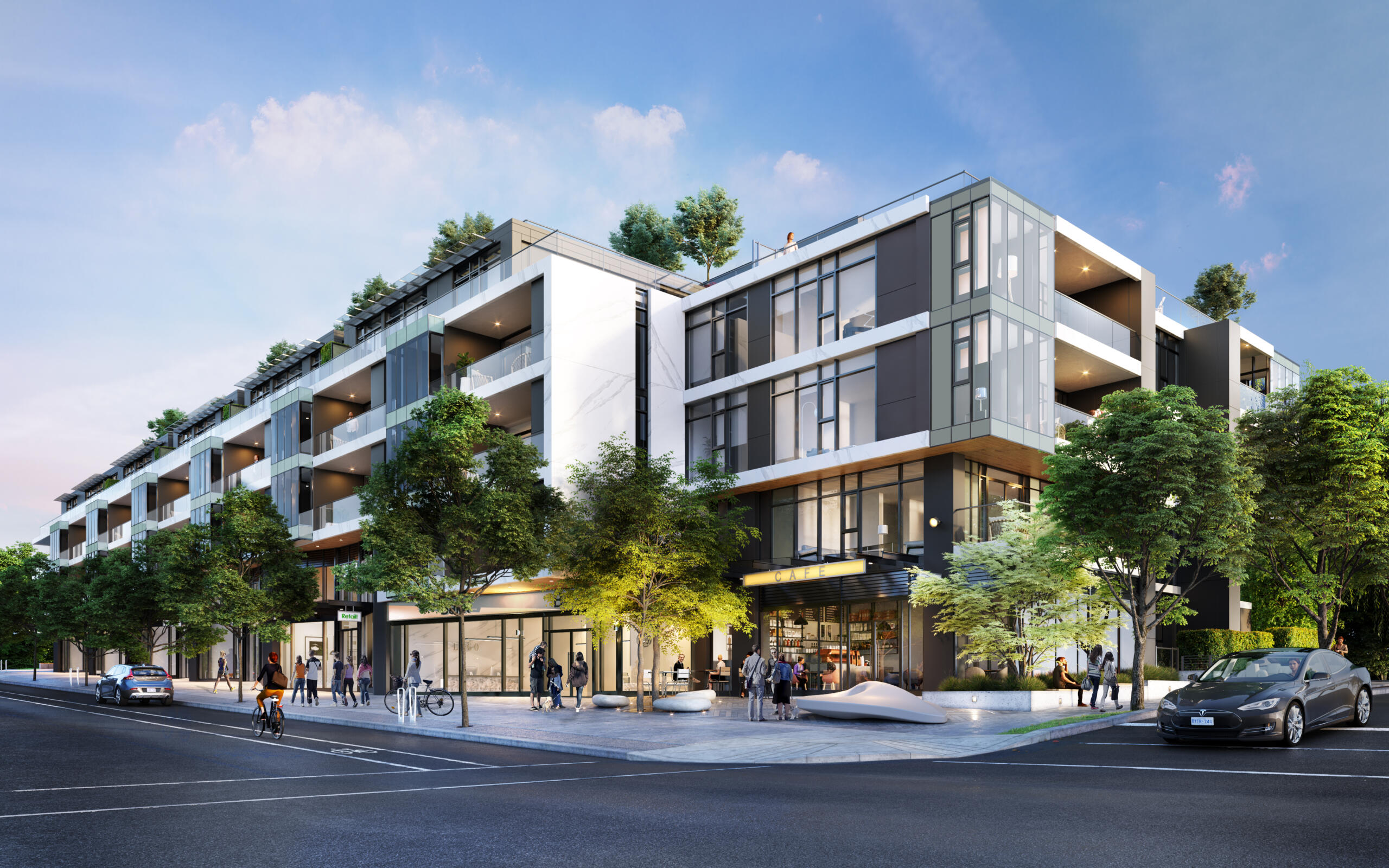 This will be a five-storey, mixed-use building with 48 condominium homes in the upper levels, and roughly 11,000 sq ft of retail and restaurant space activating the street.

A plaza at the corner of the intersection of Dunbar Street and West 29th Avenue will feature a public art piece voluntarily commissioned by the developer.

The developer says they are marketing to aging downsizers in the neighbourhood, and growing families who want to remain close to UBC and downtown. The unit mix is 40 two-bedroom units and eight three-bedroom units, with pre-sale prices starting at $1.5 million.

Residents will have access to indoor and outdoor amenity spaces on the rooftop, including a lounge with a communal fire bowl, BBQ area, edible garden, and an outdoor fitness area. 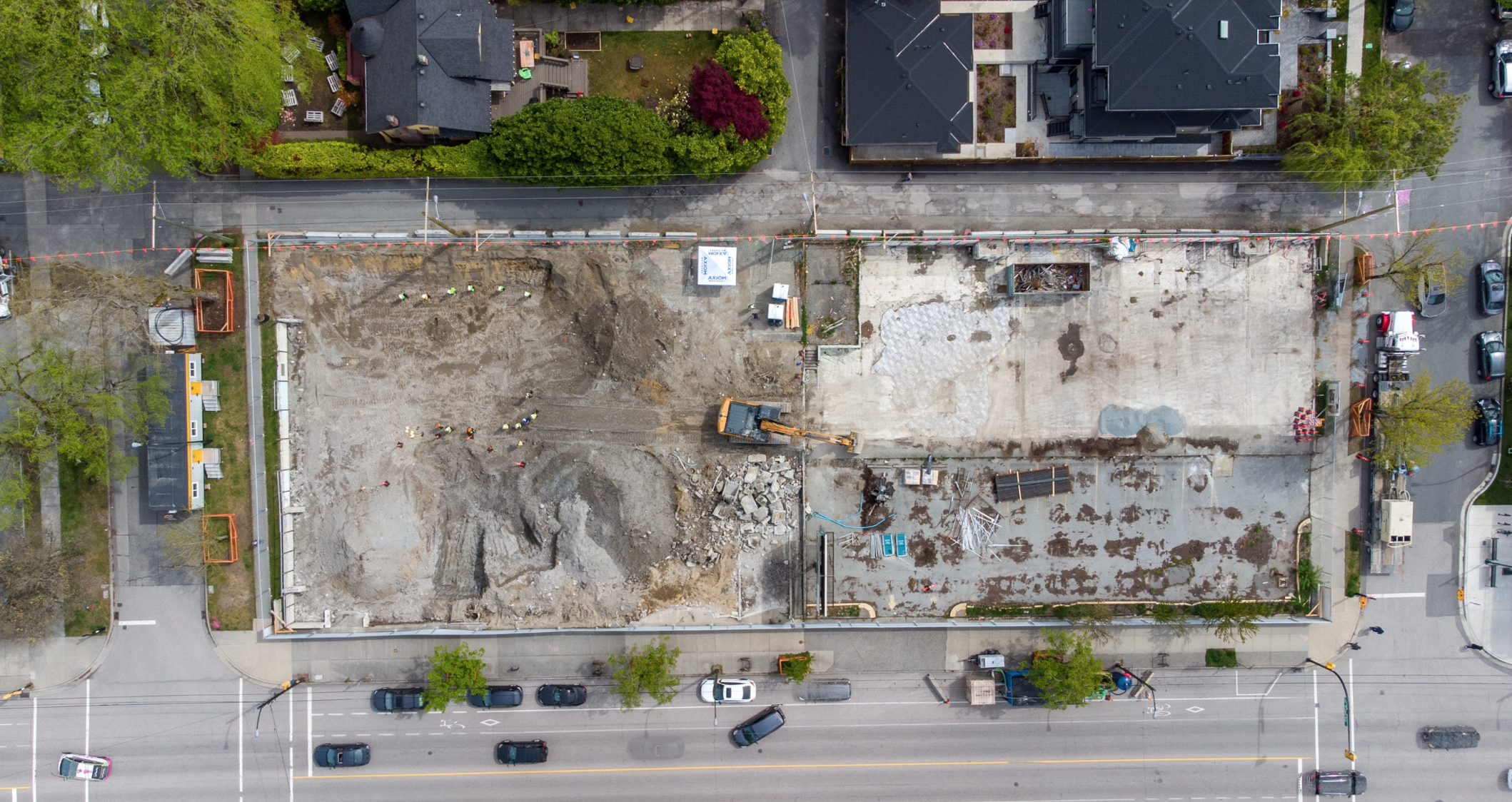 Legacy on Dunbar is designed by architectural firm IBI Group and interior design firm Trepp Design. The previous buildings on the site were single-storey commercial buildings.

This is the third major mixed-use redevelopment within Dunbar Village over the past decade — each serving to rejuvenate the retail district. This includes the 2016-built, four-storey The Ivy just to the north at 3603 West 27th Avenue with 50 condominiums and a 20,000 sq ft relocated Stong’s grocery store, and the 2019-built, five-storey Dunbar Terrace to the south at 4588 Dunbar Street (the original Stong’s location) with 60 rental homes and a 14,000 sq ft London Drugs store.