While some people need to make a special trip to see how their new home is progressing, Hannah Wong keeps an eye through her office window.

“I have been watching construction from the get-go,” says Wong, 24. “I am that close.”

For the first-time home buyer, who works as an auditor at an accounting firm in the Beltline district — that was the point.

She wanted to be in the downtown area and spent about eight months exploring options in the vicinity. But it was Park Point by Qualex-Landmark that lined up with what she was looking for.

The 34-storey skyscraper, where prices currently start from the $270,000s, is slated to offer first possessions this August. Comprised of 289 condos, the building is now about 80 per cent sold.

“The location here is the perfect spot because you’re away from (the downtown core) but not far enough where you have to drive,” Wong says. “I can cross the street to the Plus-15 (skyway network), which takes me everywhere downtown.”

But the lifestyle offered in the historic neighbourhood, itself, was also an attraction.

“I really like how we’re close to such a variety of things,” says Wong, singling out places to eat, such as the Beltliner, Yellow Door Bistro, and National on 10th. “There are a lot of little clothing shops just up 17th Ave. where you can walk a couple of blocks and you’re right there.”

She also boxes, for the exercise and the social aspect, at Undercard Boxing Studio, which is about a five-minute walk from her future home.

As the development name suggests, it’s near park space. Wong is fond of the adjacent Central Memorial Park and says she and friends from her office are regularly there, enjoying lunch bought from food trucks that frequent the area.

On choosing her condo,“I was also looking at the security aspect of it,” says Wong, adding that the busy season at work could result in some late arrivals home. “Knowing that there’s 24-hour concierge (at Park Point) is good.”

This is one of the long line of in-building amenities available at the development, which also includes a yoga and Pilates studio, fitness facility, social lounge with a kitchen, and a sauna and steam room.

There’s also a fully furnished guest suite that Wong says will come in handy when her family visits.

Outdoors, the highrise has what the developer calls a “zen terrace” with seating and a water feature, along with a barbecue area, and yoga deck overlooking the aforementioned park.

At this stage in the building’s construction, Wong had the advantage of being able to walk through condos that were underway. She picked a 642-square-foot condo with one bedroom and a flex room space.

“I can see the entire city skyline, which is perfect,” says Wong. “I get tons of sun. I went in once at 2 p.m. and tried another time at 4 p.m., and it was just great. There are tons of big windows.”

“I absolutely loved the L-shaped kitchen,” says Wong. “I feel like it opens up the space a lot more.

“This unit almost splits in half where part of it is private and the other half is the kitchen and living area. I really appreciated that as I can have a bit of privacy, too.”

“I wanted to get a place that was as nice as possible,” she adds “It was perfectly within my price range, and I feel I got something that was way more luxury than what I paid for.”

It’s been one of the drivers behind interest in Park Point says, Parham Mahboubi, vice-president of planning and marketing for Qualex-Landmark, adding these condos provide, “outstanding quality of finishes in the suite that offer really great value for the investment.”

“We get many repeat Qualex-Landmark homebuyers who have been really pleased with living in our past projects in the Beltline and are now looking to upsize or just want to live in a new Qualex-Landmark building,” he adds.

Park Point is the sixth condo development in Calgary’s Beltline by Qualex-Landmark, following Aria, Mark on 10th, Calla, Luna, and Stella. “There is a great future for the Calgary real estate market, particularly the inner city, to realize continued growth and prosperity as the economy diversifies and adapts,” Mahboubi says. “Over the near term, we believe this growth will be at a sustainable and at a gradual pace. Qualex-Landmark and other real estate developers are more disciplined than ever before and are making measured decisions to bring condo projects to market in a sustainable manner.”

Once Park Point is fully sold out, Mahboubi says the developer expects it will shift its focus to bringing to market a planned tower that will be located adjacent to it. 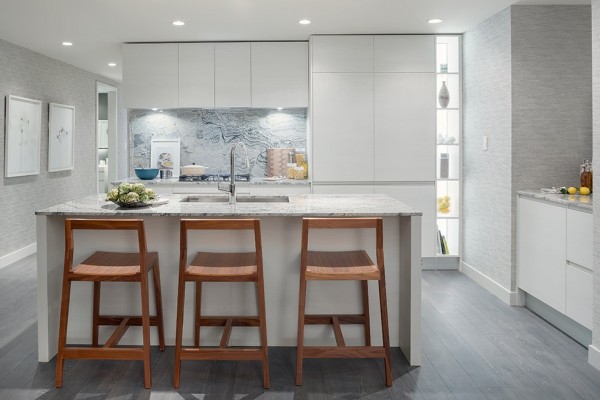 WHAT: Park Point is an upscale condo tower.
DEVELOPER: Qualex-Landmark.
AREA: The Beltline district.
PRICES: One-bedroom condos start from the $270,000s.
HOURS: A presentation centre is open from Saturday to Thursday between noon and 5 p.m.
INFORMATION: qualex.ca/parkpoint
VIEW THE ARTICLE by Josh Skapin of the Calgary Herald
Like what you see? Share this article!