Is Calgary the next property hot spot for foreign buyers?

As B.C. and Ontario slap taxes on non-resident buyers, Alberta has a message: ‘C’mon over’ 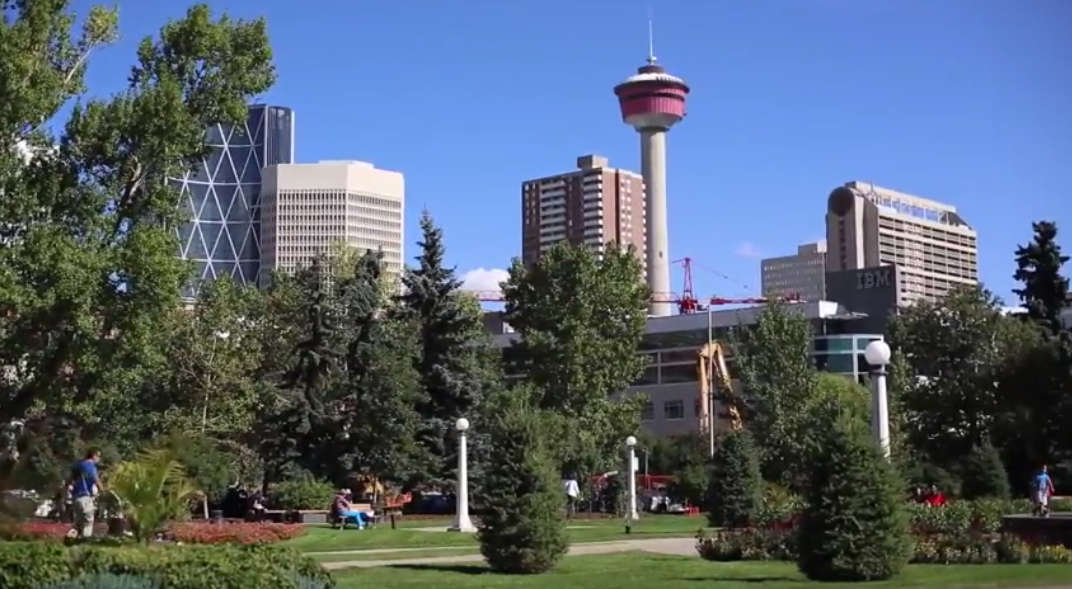 A few years ago, a real estate developer tapped Buss Marketing in Calgary to drum up interest in a high-rise building in that city, especially from foreign investors. The real estate marketing and sales company courted brokers from Toronto and Vancouver that maintained connections to overseas buyers, and even hired an Asian real estate agent with a strong offshore network and sent him to Hong Kong for four months to prospect for buyers. “All these efforts were to no avail,” recalls company president Calvin Buss. The answer from foreign investors was uniformly the same: Calgary’s great, but we’ll stick to Vancouver and Toronto.
Alberta’s fortunes, and Calgary’s in particular, could soon change. Or at least that’s what the real estate industry is hoping, now that non-residents who buy homes in Vancouver and Toronto face a 15 per cent tax.

“I do think that foreign investors who want to invest in Canada will shift to Calgary, lured by the most attractive returns in the country,” Buss says. Alberta is still crawling its way back to economic health after a steep downturn, and as a result, property prices are cheap compared to other regions. And unlike in Toronto and Vancouver, where foreign investment is viewed by some as a malevolent force driving up home prices, the market in the province is still shaky and a few more offshore buyers could be beneficial. “They’d actually be welcomed here in Alberta,” says Todd Hirsch, chief economist at ATB Financial.

An oil price crash and an unemployment rate that spiked to nine per cent last year did not cause the residential real estate market to crater, as some feared. Sales in Calgary and Edmonton dropped, and prices are generally soft. Year-over-year, the Teranet-National Bank House Price Index shows Calgary is up one per cent, while Edmonton has fallen 2.8 per cent. The market has been held aloft in part by hefty severance packages granted to laid off oilsands workers, allowing them to keep paying their mortgages.
Still, the market isn’t entirely in the clear: severance packages run out, and oil and gas firms are not expected to hire in waves any time soon. “A lot of those displaced oil workers, especially the professionals that were working in the shiny Calgary office towers—those jobs are not coming back,” Hirsch says. “Those professionals may find opportunities in other sectors. They just won’t be paid as much.”

In this context, foreign investment could help shore up the real estate sector. “Our market needs support from foreign money,” says Hong Wang, a real estate agent in Calgary. There are a few reason why it could happen. Vancouver’s offshore buyer tax, implemented last summer, shows how fluid foreign investment can be. Toronto’s housing market shot into the stratosphere over the ensuing months, prompting the Ontario government to put in place a nearly identical measure (city council in Victoria, concerned about an affordability crisis, debated but ultimately rejected a foreign buyer tax recently).
Perhaps the most appealing aspect of the province is that prices are cheap compared to Toronto and Vancouver. According to one study, $300,000 will buy you 926 square feet in Calgary and 1,176 square feet of property in Edmonton—but only 520 and 339 square-feet in Toronto and Vancouver, respectively. Foreign investors tend to deal in U.S. currency, and the low Canadian dollar makes that cash stretch even further. “For the investors who don’t have as much money, they’ll probably come and look at Calgary as an alternative,” says local real estate agent Kirby Cox. Commercial real estate in particular represents a bargain, he contends. “If you can buy a building that was 25 per cent more expensive three years ago and the dollar is also down, that’s a windfall situation if you’re willing to hold on to it.”

Following Vancouver’s tax, Juwai.com, an online platform for international property buyers in China, published a blog post stumping for Calgary. Juwai claimed a new direct flight offered by Hainan Airlines between the city and Beijing will bring “an influx of Chinese visitors in the future” and that many could “purchase a home there should they fall in love with Calgary.” The company’s search data, however, show interest in Calgary has been flat, while the number of inquiries for Edmonton is up 50 per cent in the first quarter compared to the year before.

Online searches don’t always translate into sales, of course, and some in the real estate are skeptical foreign buyers will turn up in a big way. Brad Henderson, CEO of Sotheby’s International Realty Canada, says foreign buyers who are purely financially motivated are likely to consider Alberta—but that’s a small portion of an already small portion of demand, by his estimation. “Some of them are investing to get their money outside of conflict areas, and some of them may in fact want to immigrate here,” he says.

“Education” is the most commonly cited reason by prospective Chinese property buyers who are considering purchasing in Toronto, Vancouver and Montreal, according to a March study put out by Sotheby’s and Juwai. But only 8.8 per cent of prospective homebuyers pointed to education as a factor when considering Calgary, compared to 20.6 per cent who cited investment.

Condo developers aren’t overly optimistic about a flood of offshore money, either. “Most [purchasers] are returning to Vancouver as the market is hot even with the foreign buyer tax,” according to Parham Mahboubi, vice-president of planning and marketing at Qualex-Landmark, a real estate development group in Vancouver. Qualex-Landmark is currently developing Park Point, a luxury condo building in Calgary scheduled for completion next year. The website for Park Point features a Chinese-language option, though the company says it’s not actively targeting foreign Chinese buyers. Instead, the site is for the local Chinese community in Calgary “who share much of the same meticulous real estate investment savvy as their overseas counterparts.”

Even if prices are cheap, neither Calgary nor Edmonton is as well-known internationally as Vancouver and Toronto. “We’re leagues behind,” Hirsch says. And that means Alberta could remain overshadowed by those cities, despite the foreign buyer tax. That’s a dispiriting thought for those in the industry locally—not to mention buyers in Toronto and Vancouver who feel they’ve been priced out by the international moneyed elite. Wang, for one, wants to see the municipal government do more to raise Calgary’s profile with foreign investors. “There is a discussion about whether or not Calgary should apply to host another Winter Olympics. Why is this even a question?” she says. “Anything that can put us on the map is great.”