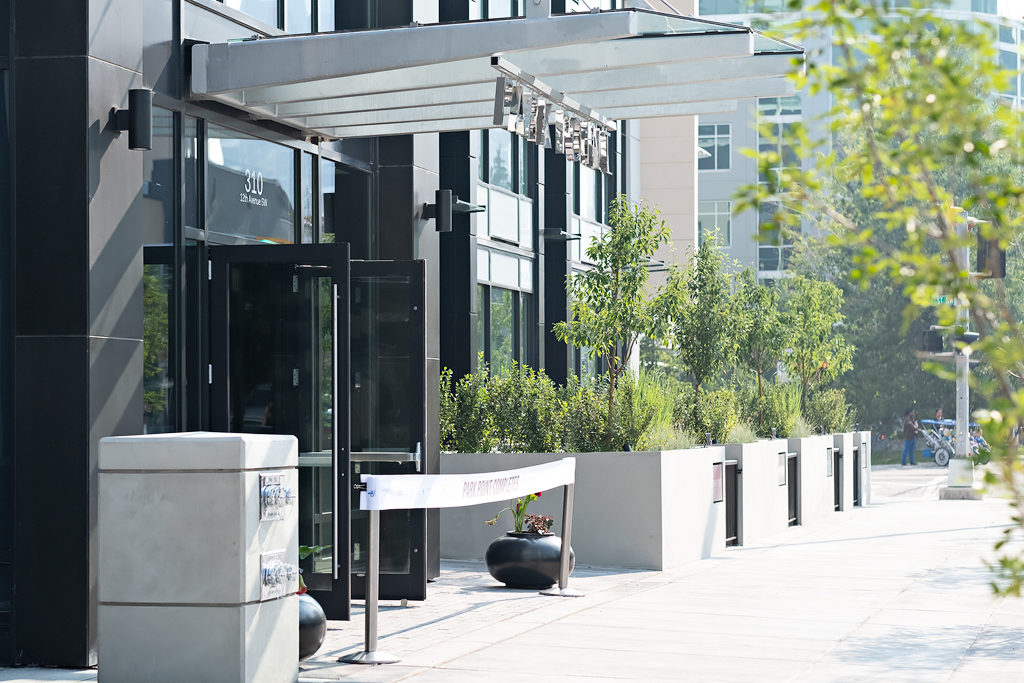 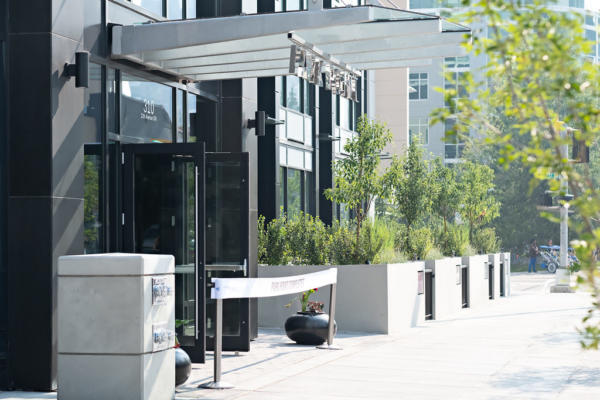 Most Calgarians have a place where they live and another where they work. However, a combination of the two has emerged that could be the wave of the future: live-work condominiums.
In the early 2000s, Battistella Developments took a chance when it unveiled its Orange Lofts live-work condominium project in what was then an East Village neighbourhood awaiting renewal.
No one was sure how successful the concept would be, but the result was the creation of a rather unique community, says Chris Pollen, director of sales and marketing for Battistella Developments.
Pollen says it turned out that some people simply liked the high-ceiling design and bought their unit solely as a home. However, others use one level of their unit for business purposes and live on the other, with those on the street level being allowed an actual “storefront.”

“WE RECOGNIZED THE TREND FOR CANADIANS WORKING FROM HOME AND BELIEVE THERE IS DEMAND FOR THEM IN CALGARY.” – MOHAMMED ESFAHANI, QUALEX-LANDMARK PRESIDENT

“We do see a nice mix of people in this building, from small businesses and sole proprietors, to actual tenants who live in the building,” said Pollen.
When Qualex-Landmark designed its new Park Point tower in the Beltline, it included eight two-storey live-work townhomes in the building podium, which quickly sold out.
“We recognized the trend for Canadians working from home and believe there is demand for them in Calgary,” said company president Mohammed Esfahani.
Esfahani says the general concept of a live-work townhome is not new in North America, and “much of the inspiration for Qualex-Landmark has come from podium townhomes in residential towers throughout Metro Vancouver in British Columbia.”
Parham Mahboubi, the company’s vice-president of planning and marketing, says they envisioned residents setting up a private office on the second floor of the unit.
Mahboubi says the land use regulations for the Park Point site allowed townhomes to operate as a business, “so we took the opportunity to create ground-level, live-work suites and provided direct suite access to pedestrians from the street.”
Pollen says live-work is not a style of building, but rather a discretionary use under City zoning bylaws.
He adds live-work is still a niche market, but could trend upwards in the future, along with shop homes – an actual building style with commercial space on the street level and residential above – due to the City’s move towards densification.
Mahboubi says live-work units allow entrepreneurial people to skip the commute to an office and live in a vibrant urban centre.
“Generally, we’ve seen a growing trend in Calgary for those who are self-employed and looking at non-traditional options,” he said.