With a skyscraper in Calgary’s Beltline District now half complete, some early ideas around what makes it special are already proving true. 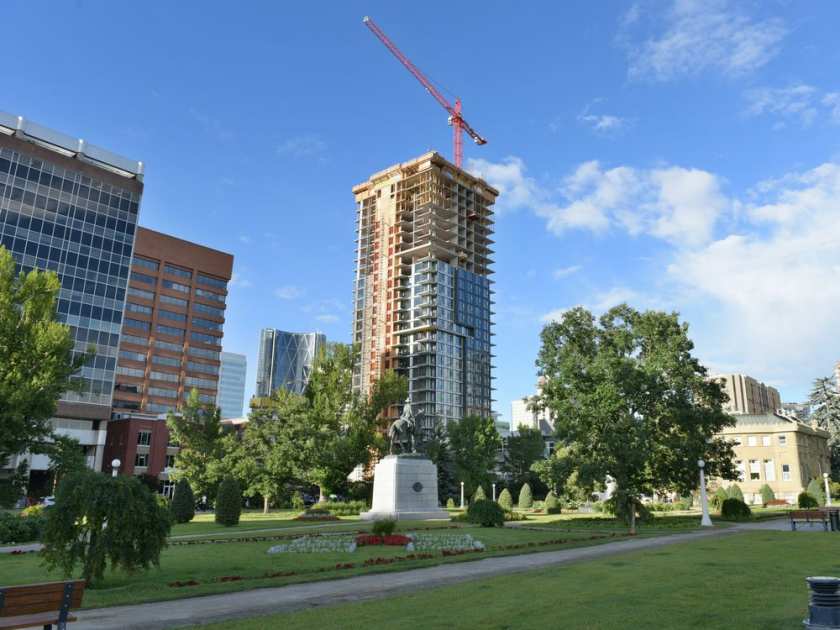 Construction is now at the 50 per cent mark for Park Point, a 34-storey condo tower by B.C.-based developer Qualex-Landmark. The most recent step in the development process, at press time, was the pouring of its 31st floor.

As media were toured through the completed parts of the building, on the fourth storey Parham Mahboubi, Qualex-Landmark’s vice-president of planning and marketing, points to one of the features that makes the Park Point location stand out. Just through the window, a striking two-hectare park.

“There are some misconceptions that the best views in a tower are usually achieved from the upper floors,” says Mahboubi. “Park Point’s location on Central Memorial Park and the location, age and height of neighbouring buildings and open space place Park Point at a significant advantage in terms view outlook.

“Central Memorial Park, which opened in 1912, redeveloped and re-opened in 2010, contains pathways, a restaurant, and is home to the Memorial Public Library. It also has the cenotaph, Boer War Memorial equestrian statue, Memorial honouring Rt. Hon. Richard Bedford Bennett, and statue of a Wold War I solider in front of the library.”

Qualex-Landmark is also behind completed Calgary condo towers, Calla, Stella, Nova, Luna, and Mark on 10th.
Touring the finished parts of Park Point gave the developer other answers, too. Mahboubi says it “reaffirmed our impression of our general contractor, Axiom Builders, who continues to demonstrate their integrity and attention to details in the quality of construction.

“The high standard of construction beneath the skin of the building is certainly meeting our high expectations, and we believe this is what our homeowners are expecting when they make such life-changing decisions to invest in a brand new home,” he says.

Shovels turned for the start of construction at Park Point in autumn 2015, and first possessions at the development are slated for the summer of 2018. “Park Point is going to be a landmark on Calgary’s skyline,” says Keith Playle, operations manager, Axiom Builders. “As it takes shape and nears completion this is becoming more obvious.” Park Point is now 70 per cent sold, meaning there are owners for more than 200 of its condos.

“We’ve seen a healthy spread in the suite type and location of the suites throughout the tower,” says Mahboubi “There is still an outstanding selection of unit types and sizes on virtually every floor in the tower, offering a wide range of options to home buyers.”

The remaining range of condos at Park Point include 45 one-bedroom condos and 35 of the two-bedroom variety. In total, they range from 560 to 1,340 square feet. Its current starting price is in the $280,000s.

Residents of Park Point will have access to on-site features such as a park-facing yoga and Pilates studio, fitness facility, steam room, and sauna, along with men’s and ladies’ change rooms with showers. 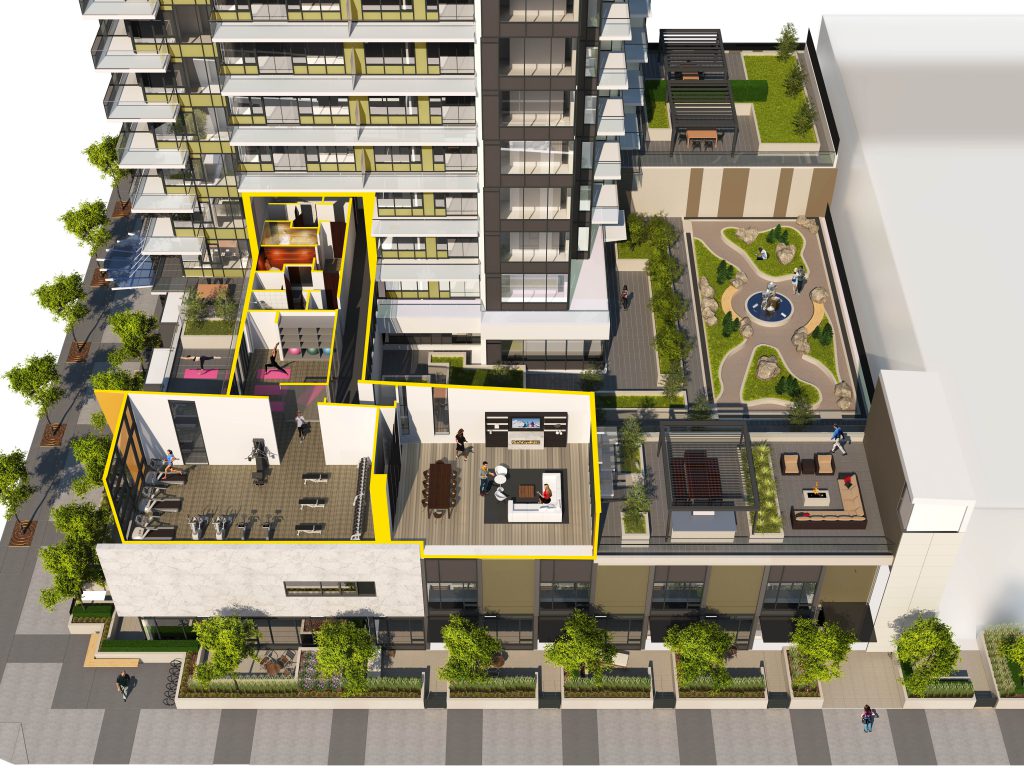 There will be an outdoor amenity space, planned to include what the developer dubs a Zen Terrace, with seating, a water feature, social air lounge seating with a barbecue area, fire-pit, harvest table, and sundeck.