A famous quotation by Admiral David Farragut when, during the Civil War, he decided to move ahead with plans to enter Mobile Bay despite the hidden dangers of mines at its entrance. The quote has remained but the meaning now is interpreted as continuing on with business strategies while downplaying any potential risks.
And so it is with the braintrust at the Vancouver-based Qualex-Landmark Group which has decided that despite the downturn that has weakened the Calgary economy to snap up yet another Beltline property and to make plans for a seventh high-rise condo. This latest acquisition is a 0.7-acre site that sits at the corner of 11th Avenue and 12th Street S.W. 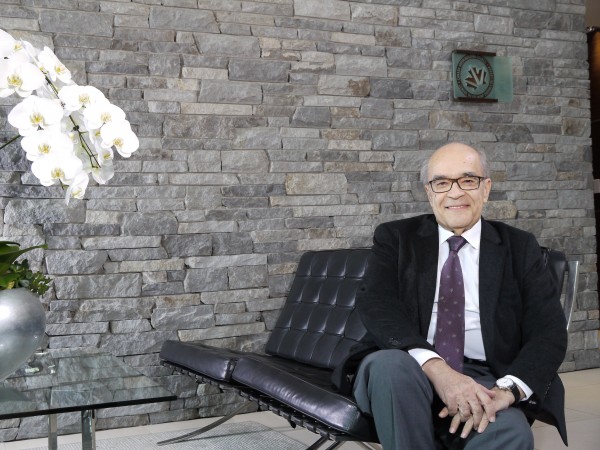 Mohammed Esfahani, President Qualex-Landmark Group
Company president Mohammed Esfahani says he has confidence in the city’s real estate market and sees no reason to “steer off course” from continued investment in the city that has provided about $370 million to the company coffers from the sale of more than 1,000 condominium homes in the past decade.
“Despite the temporary economic challenges, we believe there is still demand for condos in Calgary, so we’re here to stay,” Esfahani says in announcing the acquisition.
The acquisition is so new that no name has been attached to it, and designs are still on the drawing board. But given Qualex-Landmark’s vision for quality and uniqueness, you can bet this new tower project will offer a unique look — in a city that has become second home to the company, and one the company continues to have “enormous faith” in.
“Qualex-Landmark has observed over the last decade how Calgary has gained national and international recognition for being one of the overall best places to live in the world. These key ingredients are great reasons to consider Calgary, especially the downtown, as a desirable place to create high-density residential communities,” says Esfahani.
The announcement of the acquisition comes at about the same time as the opening of the Discovery Centre for Park Point and the start of sales for the 289-unit mixed use residential project across the street from Central Memorial Park which remains the current focus of activity for the company. 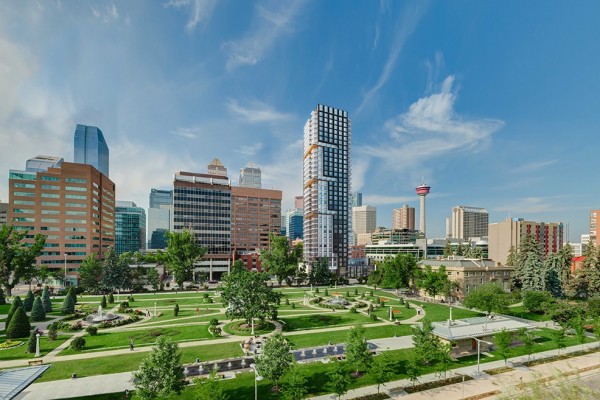 Artist Rendering of Park Point
The Discovery Centre show suites will be open Monday through Thursday from noon to 6 p.m. and on weekends from noon to 5 p.m.

There will be a wide selection of one- and two-bedroom suites with optional den/flex space with tailored floor plan options, and kitchens that open to the living room and dining room areas in street-level live/work townhomes, and penthouses.
The Discovery Centre offers those interested in high-rise condo living the opportunity to see both a one-bedroom and two-bedroom model.

“The urban lifestyle has increasingly become very attractive to Calgarians with its highly walkable downtown and convenient access to every conceivable amenity, particularly in the Beltline,” says Esfahani. “We are achieving success by tapping into the growing trend of New Urbanism as an increasing number of Albertans opt for carefree and active downtown-living options.”
Since its arrival in Calgary some 10 years ago, Qualex-Landmark has put its stamp on the Beltline beginning with the 161-unit Stella completed in 2006, the 188-unit Nova two years later, the 218-condo Luna finished in 2012 and followed by Calla and its 168 units in 2013. The 274-unit Mark on Tenth project is anticipated to reach completion in 2016, while Park Point’s first-phase completion could come in early 2018.

Already with a plate piled high with projects, Qualex-Landmark will continue to add to its Calgary portfolio, even through challenging times.

“Calgary has a very robust economy and is a business leader, with a healthy employment sector and population growth, making it low risk for investors relative to other cities in Alberta and even across Canada,” says Esfahani.