Qualex-Landmark’s Beltline condominium received its tower crane in May, signalling a major milestone in the construction process. This week, the Vancouver-based developer has announced that the $110 million Park Point project has surpassed grade, giving passersby a glimpse of how the tower will fill out the site. The 34-storey development designed by IBI Group will provide residents with unobstructed views of Central Memorial Park and a notable location within one of Calgary’s most exciting neighbourhoods.

“Hitting grade is always a celebrated milestone in construction, our team is excited to see this iconic building emerge from the ground and see the vision of Park Point become a reality,” said Keith Playle, operations manager at Axiom Builders. “Now that we are at grade, construction activity is heightening as we integrate more construction trades and consultant coordination in preparation to fly up the tower. Over the next three to six months we anticipate workers on site will increase to over 100 from the current 25 to 30. These include plumbers, electricians, dry wallers and glass installers.” 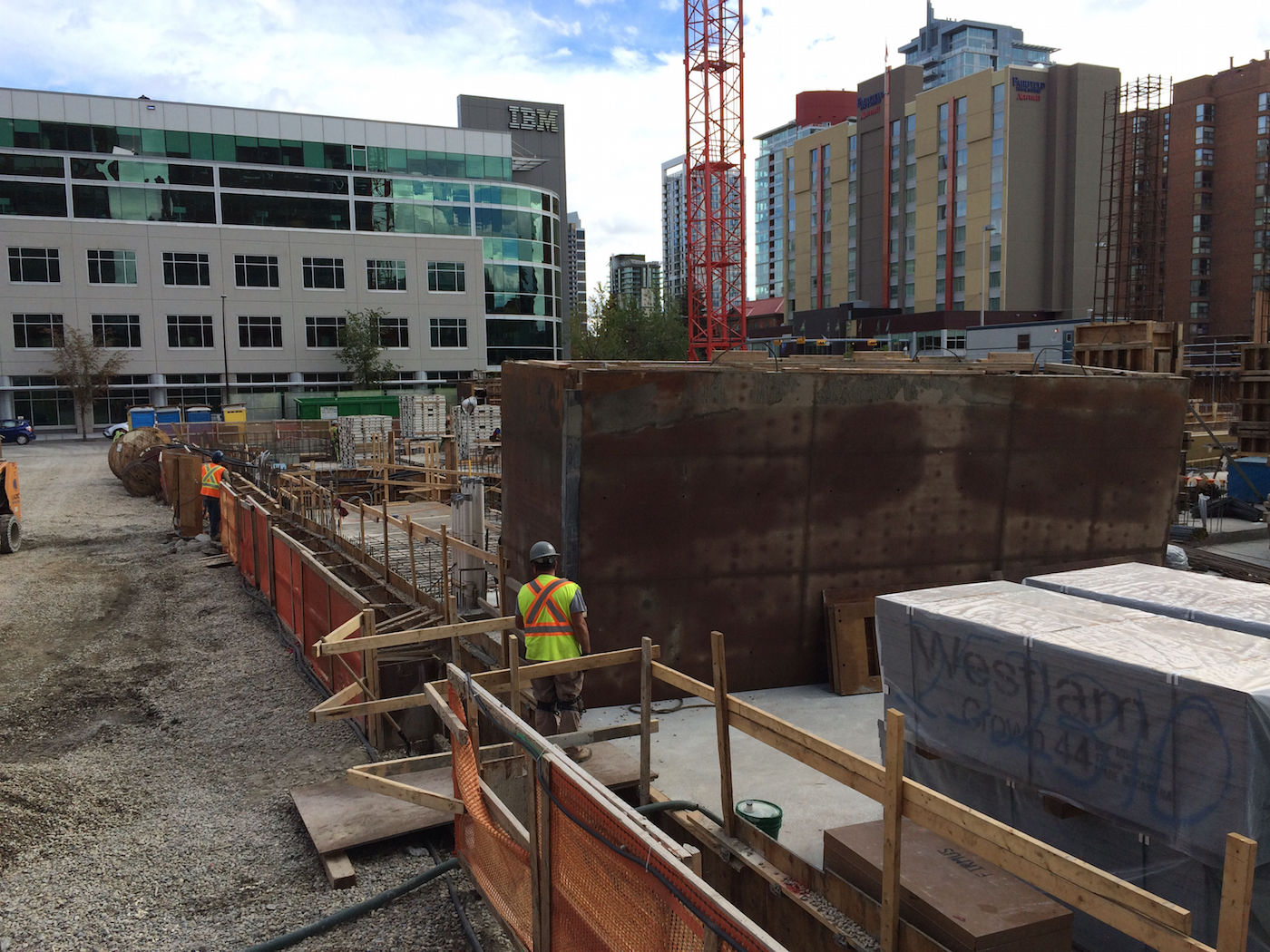 Qualex-Landmark, which has maintained its 12-year presence in the Beltline through two economic dips, indicates that sales have remained steady since the project’s launch in February 2015. Over half of the 289 one-, two-, and three-bedroom homes have been sold. In their latest forecast, the Canadian Home Builders’ Association has suggested that 2017 will see a recovery in housing starts, with a predicted increase of 2.5 per cent in multi-family starts and 9.2 per cent in single-family starts.
With Park Point’s underground parking garage completed, the podium is now under construction, soon to be followed by the tower itself. The development should be completed by mid-2018, at which time residents will be able to enjoy on-site amenities including a state-of-the-art fitness centre, social lounge club, and outdoor terrace. “As I spend more time at the site, I am reminded of how enjoyable this location is with its abundance of great shops and restaurants. It’s an incredible project to build,” said Playle. “Park Point’s striking building architecture and its open concept floor plans combined with innovative amenities — our team is fully aware that this project will forever alter Calgary’s skyline.”