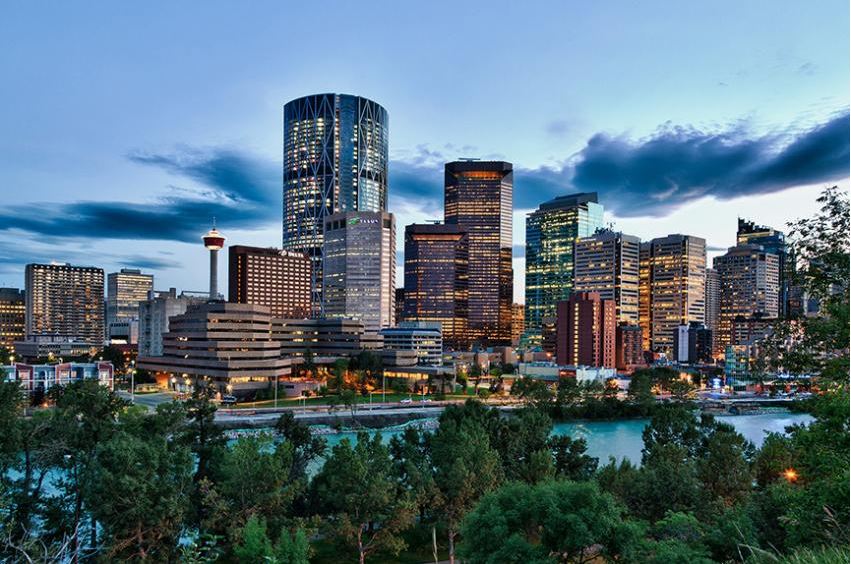 In the January 15, 2015 edition of Metro Calgary, columnist Mike Morrison lamented that when he was recently in New York City (NYC) no one he talked to had heard of Calgary. I, too, have lamented at the lack of awareness of Calgary when visiting other cities, but then my friends at Tourism Calgary are also quick to remind me of some facts — Calgary was ranked #17 on the New York Times’ list of “52 Places to Go” and Alberta #9 on the UK’s Guardian “Holiday Hotspots” in 2014. Another fact — in 2014 Calgary was added to the Ultimate Sports City shortlist the de facto benchmark of top sport cities around the world. Now, Calgary has joined Vancouver as the only two Canadian cities on the list.

Morrison, like many others who have visited NYC recently are “gaga” over the city’s new iconic High Line project, an abandoned railway track converted into an elevated linear park with a great urban vibe.

I like to remind people Calgary created its High Line in 1970, over 40 years before NYC. While some like to criticize the +15 system (60 bridges connect over 100 buildings to create a 20 kilometre elevated walkway) for sucking the life out of the streets, I say it is the one really unique urban element our downtown has and it should be something we embraced not apologize for.

Why is it everybody raves about Montreal’s underground system, but not our 20-kilometre overhead walkway? Both are full of cafés, shops and restaurants, but the +15 also offers more — public art, a mega indoor garden and amazing urban vistas. Harold Hanen, the +15 visionary, saw it as a logical adaptation to our long cold winter.

The +15 system could become a great tourist attraction if we would stop “bashing” it and start promoting its unique views of our ever-changing downtown. It could become our postcard like the canals of Venice or the alleys of Melbourne — it is all about how you look at it.

He laments that too many people are standing in the way of these visionaries and questions all of the petty squabbling about bike lanes, transit and disabled schools. I choose to focus on what we have accomplished to attract what he calls “new blood.” For example, Myrna Dube and the Calgary Parks Foundation’s visionary new Rotary/Mattamy Greenway, a 138-kilometre pathway that will circle the city connecting over 100 suburban communities (over 300,000 people, 25 per cent of the city’s population). It is easily the equivalent of NYC’s High Line, just more suburban than urban in nature.

This leads to Morrison’s question, “has anyone moved here because it is super car-friendly or because of its endless suburbs?” And his opinion is “probably not.” In fact, one of Calgary’s advantages over Vancouver and Toronto (there are many) is that newcomers can buy a large family house for hundreds of thousands of dollars less and be just a 30-minute car commute from work. Remember — not everyone can — or wants to — walk, cycle or take transit to work.

And, though it might be a tough pill to swallow for urban missionaries, not everyone wants to live in dense high-rise communities like Manhattan. People are surprised when I tell them that on a per capita basis, Calgary has as many people living within 4 km of its downtown — seven per cent of the metro population.

But not to worry, urban evangelists, Calgary has one of the most aggressive urbanization programs of any city in the world with a population under two million — Bridges, Currie Barracks, East Village, Greenwich, Inglewood Brewery, Quarry Park, SETON, Westbrook Station, West Campus and West District. Collectively, they will provide urban homes for approximately 100,000 people and work places for 60,000+ in diverse, dense, vibrant urban neighbourhoods.

All of this is in addition to Calgary’s existing urban districts — Beltline, Eau Claire, Downtown West, Mission, Kensington and Inglewood, the latter of which was named Canada’s greatest neighbourhood by the Canadian Institute of Planners in 2014 (with Kensington being a finalist).

Great cities provide a diversity of communities for people to choose from. I would argue the Calgary region has a nice mix of urban, established, master planned suburban communities, acreages and small towns for a city its size.

We must be doing something right as Calgary is consistently ranked as one of the top 10 livable cities in the world — NYC is not in the top 10. In 2014, the Economist had Calgary tied for fifth, only 1 point out of first place as of the world’s “most livable” cities.

Obviously, what makes a city attractive is different for different people, and different at different times in their life. No city can be all things to all people. Calgary is still in its formative (teenage) years, so yes, we still have a lot of growing up to do. But, we should also be proud of what we have accomplished!

By: Richard White for Condo Living