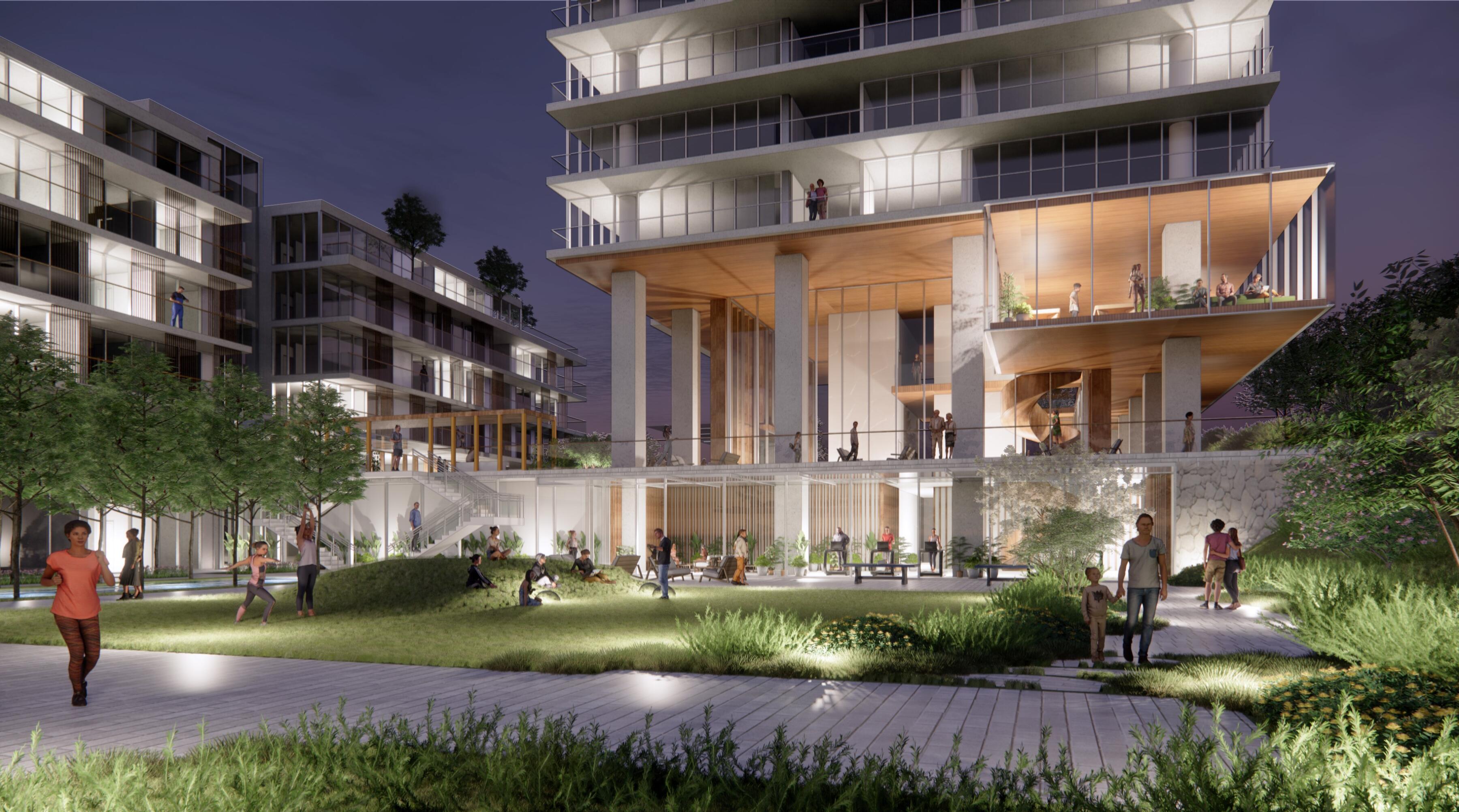 A 44-storey tower on the border with Burnaby — and largely catering to Simon Fraser University’s (SFU) population — is planned in Coquitlam’s Oakdale neighbourhood.

The proposed apartment building would also come with a six-storey concrete complex for a total of 446 residential units, including 24 below-market rentals.

This month, Coquitlam city council unanimously gave first reading to the rezoning bid by Qualex–Landmark Gateway Ltd. Partnership to move the application to a public hearing on Monday (July 25); the meeting at city hall starts at 7 p.m.

According to a report from Andrew Merrill, Coquitlam’s director of development services, Qualex–Landmark wants to consolidate the following lots in the Burquitlam enclave that has several active development applications for city review: 803, 805, and 807 North Rd., and 603, 607, 613 and 617 Tyndall St. 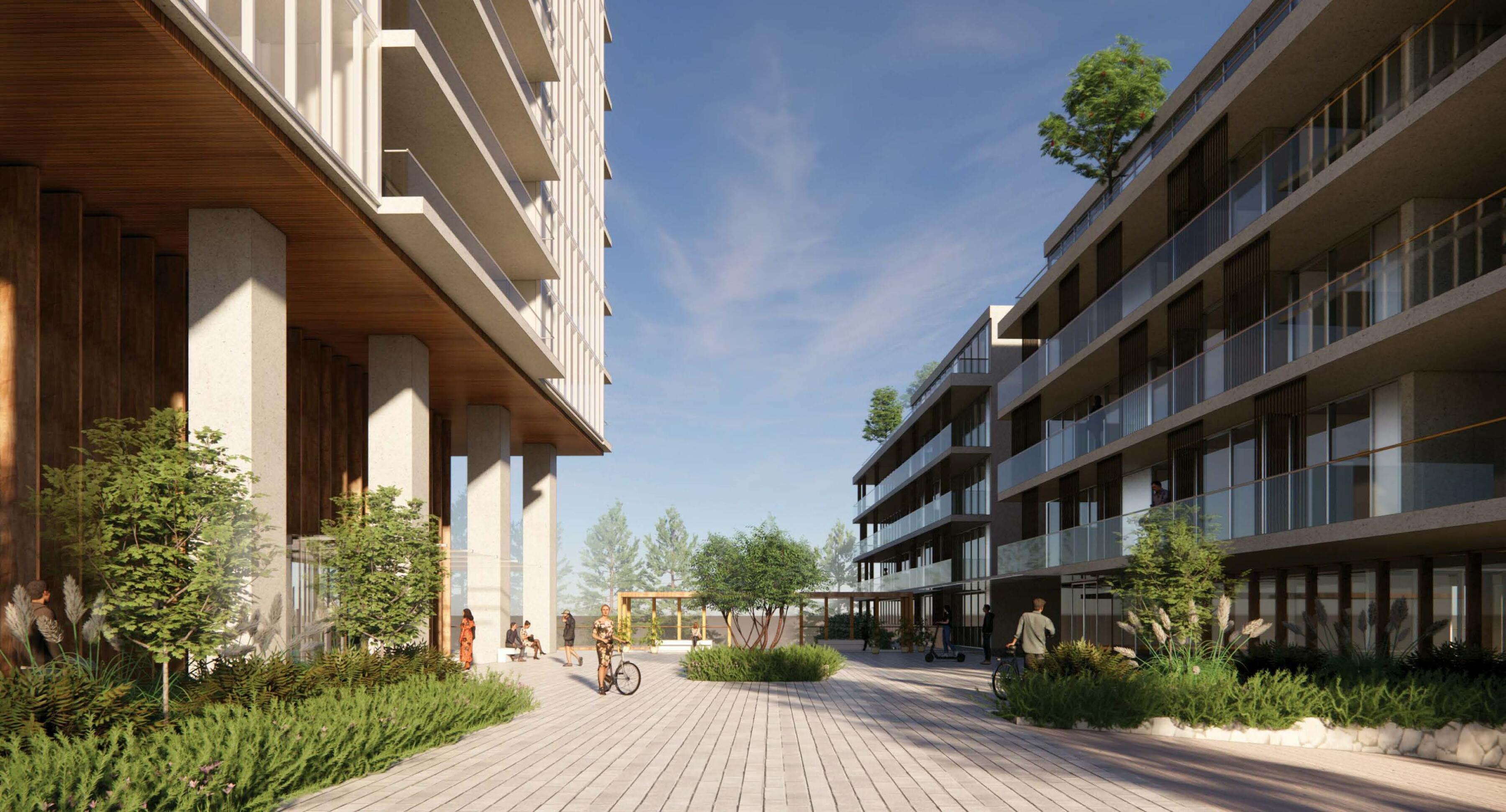 Of the 422 market condos, there would be:

And of the 24 below–market rentals, the company is proposing:

In addition, according to Merrill’s report, Qualex–Landmark plans to transfer its required market rental density of about 80,000 sq. ft. (or 1.3 FAR) from its site to another residential project it has in the works at 608 Regan Ave., also in Burquitlam.

If approved following Monday’s public hearing, the project would be one of at least seven developments underway in Oakdale, which recently changed its neighbourhood land use to accommodate the growth once the Evergreen Extension went up.

Coun. Craig Hodge asked city planners if the three-bedroom market condos could also have lock-off units to not only be a mortgage helper but also provide cheap accommodation for students, “recognizing that this building is our closest to SFU.”

And he questioned why the company would build a concrete mid-rise, over wood.

City planner Natasha Lock said no lock-offs are in the bid, and concrete relates to site design.

The development, if green-lighted by council, would bring in for the municipality:

Do you want to have a say about this development proposal? Go to coquitlam.ca/publichearing to find out how you can participate in the public hearing on July 25.