New buildings, stores and restaurants springing up in all corners of the city 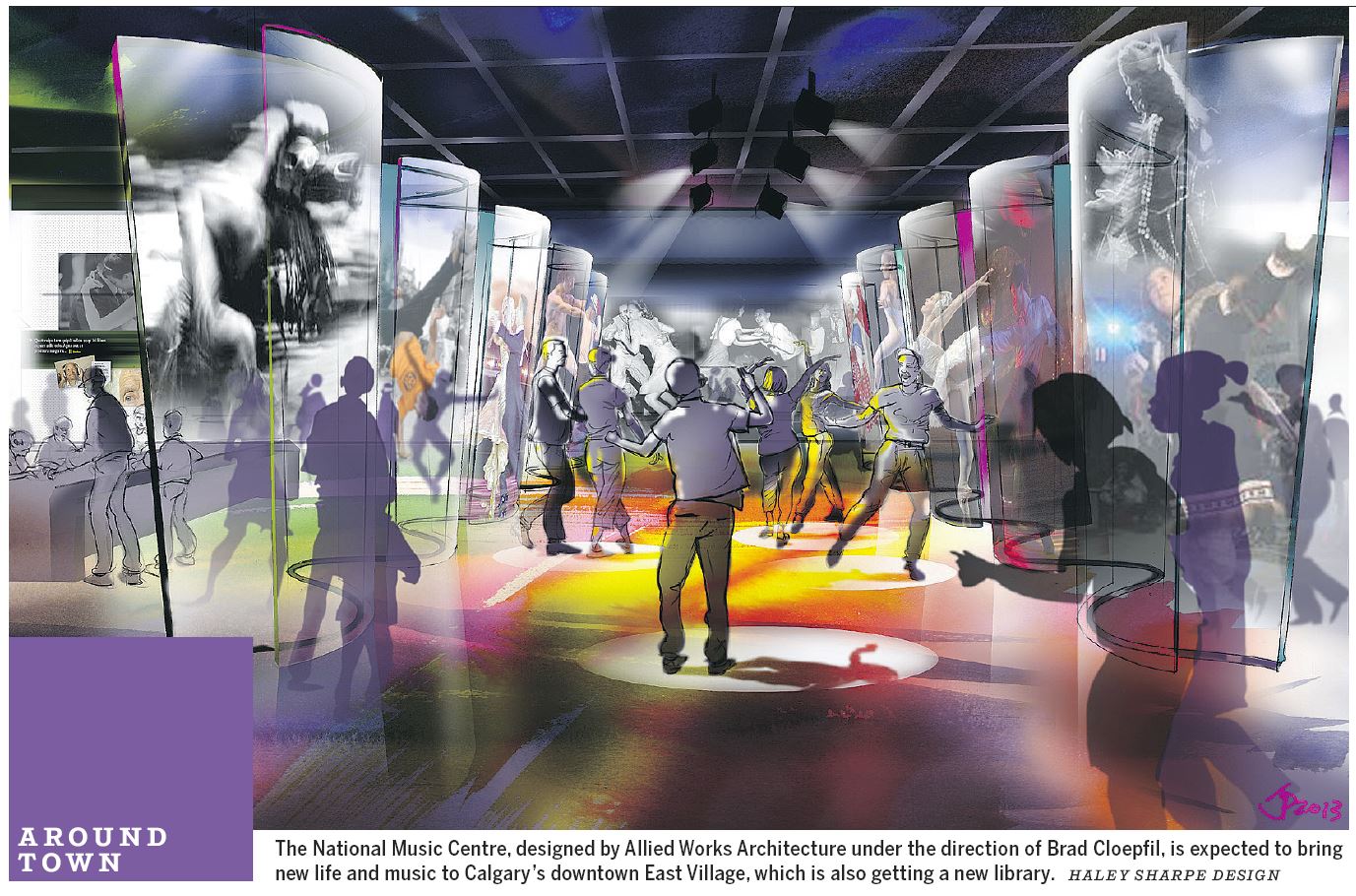 Cranes were again hovering over downtown in 2014, but the big birds were also visible in many other areas of Calgary, working on some exciting projects that are changing the city.

The Beltline community outside the downtown core is really active with projects such as Centron’s Place 10 on 10th Avenue between 4th and 5th Streets S.W. Construction is now well underway on the first of the two 14-storey towers that together will offer 620,000 square feet of office/retail space on the south side of the tracks. Coupled with Centron’s Centre 10 directly across the avenue, it shows the company’s aggressive confidence in Calgary’s near future.

Just one block away, Qualex-Landmark has begun the construction of its 34-storey Park Point condominium tower while its Mark on 10th is nearing completion on 8th Street S.W.

It’s been a long time in labour, but the East Village is certainly looking good today with condo towers, the National Music Centre and a new library on the go, but the best news there in 2014 was the sale of the former police association lands to Rio-Can, which means a grocery store will be built to serve not only the new district but also people living in Inglewood and Bridgeland. 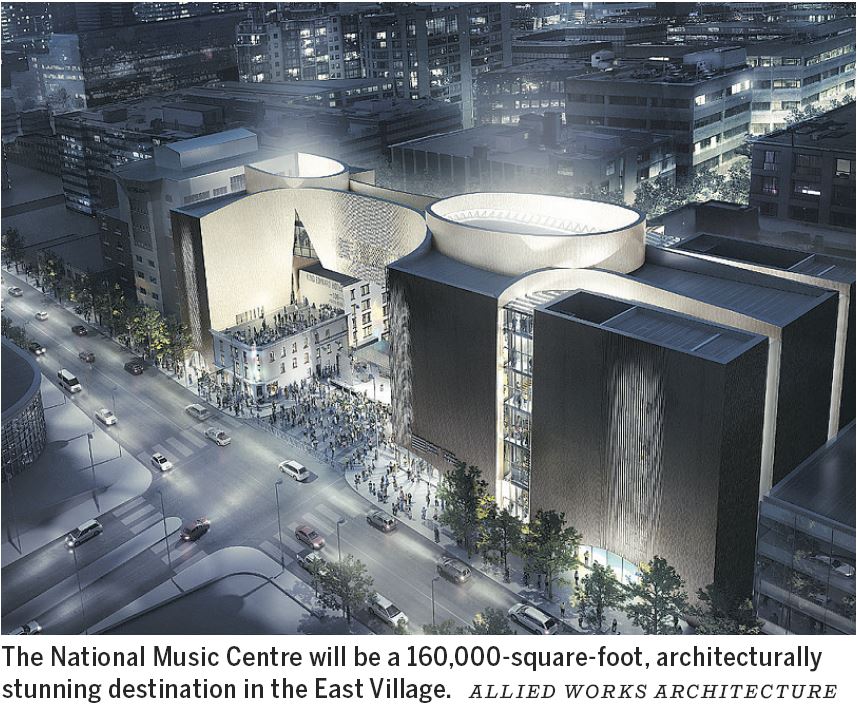 Those two communities were spotlighted this year with a new building planned to go across from the Atlantic Avenue Art Block and construction crews busy working on the massive Meredith Block just to the north of Memorial Drive on Edmonton Trail N.E.

Two streets going through a big change are Elbow Drive in the southwest, where retail/office projects are being built across from each other just to the south of Britannia shopping centre, and 10th Street N.W. in Kensington, where new developments by Bucci and Battistella are being built on either side.

Perhaps the busiest sector of the city is the airport and its surrounding lands. YYC is something to be proud of, and watching the progress of the new international terminal has been so interesting.

We wait with great expectations the opening that will enable the airport, along with the new runway that became operational this past summer, to serve us even better.

And thanks to the business of our airport the area to its north is a buzzing. New hotels, offices and warehousing have been started this year and beyond city limits by CrossIron Mills work has begun on several more projects.

The casino has topped off and I trust the new racetrack will follow. Then we have the half million square foot warehouse under construction by Ross Perrot Jr. and the possibility of the start of another of the same size on adjacent land.

CrossIron Mills has become a destination for Calgarians as well as Airdrie and surrounding area and Stoney Trail and the QEII will get even busier when the New Horizon Asian-style mall opens.

Retail growth was again astonishing in 2014.

Big news was the long-awaited opening of Nordstrom’s at Chinook Centre, adding to its fashion wing. But all across the city new retail sprang up that included firsts for us like Neil’s Yard Remedies on 4th Street S.W.

Restaurants also made news with Concorde Group opening more good eateries in 2014, including two more Nationals, Double Zero Pizza in Chinook Centre and Goro + Gun in Scotia Centre. Other notables are the Nash in Inglewood, the Symons Roadhouse at the well-worth visiting Symons Valley Farmers Market. I also really enjoyed a breakfast at the new Corbeaux Bakehouse in the former Melrose space on 17th Avenue S.W.

One of my nicest surprises was discovering the delicious French Macarons at Montplaisir in the food court of The Core. And Cactus Club announced it will also open in the shopping centre, across from where Hy’s recently opened its new Calgary restaurant.

Calgary continues to grow at a remarkable pace thanks to investment in so many sectors of our economy. I look forward to reporting on many more new happenings in 2015. Happy New Year.

David Parker appears Tuesday, Thursday and Friday. Read his columns online at Calgaryherald.com/business.
He can be reached at 403-830-4622 or by email at info@davidparker.ca