Green on Queensbury makes for a fine fit in North Vancouver 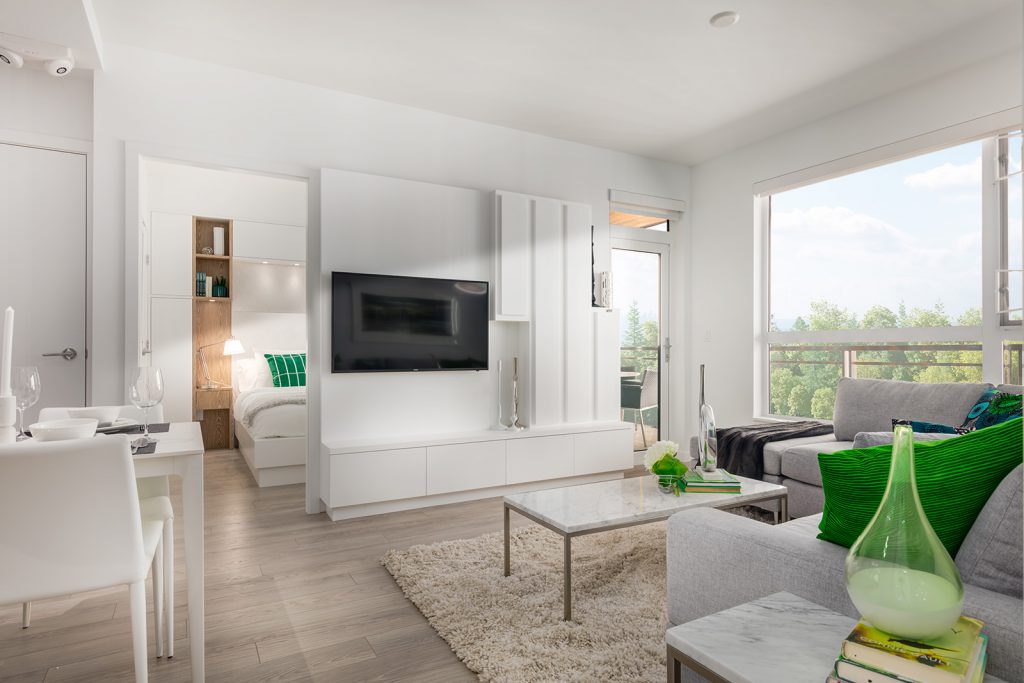 When former Deep Cove resident Will Stevens was house-hunting, he looked all around East Vancouver, False Creek and Mount Pleasant, but ultimately ended up coming back to the North Shore.

Not only did he believe he got the biggest bang for his housing buck in purchasing his first home there, he also avoided the dreaded “bidding wars.”

“I heard some very negative experiences about some of the bidding wars to get into entry-level second-hand purchases,” said Stevens, who works in software sales in downtown Vancouver. “You get your hopes up and your eyes set on something and you’re able to put in what you think is a competitive offer, and then get into a situation where you get outbid and stretched in terms of what you can afford. “It just seemed like a very discouraging buying experience.”

Instead, Stevens visited the newly opened Green on Queensbury presentation suite with his realtor and purchased a one-bedroom 680-square-foot home in the three-building complex of condos and townhomes being built on a rise where North Vancouver’s Third Street meets Queensbury Avenue east of Lonsdale.The big attraction for Stevens — who has lived in East Vancouver for about six years and spent the last 18 months scouring neighbourhoods for a home to buy — was the setting for Green on Queensbury, which overlooks the five-acre Moodyville Park. It includes creative landscaping with water features, children’s areas and even a basketball/tennis court. For Stevens, those amenities, coupled with the more human-scale low-rise profile of the three West Coast contemporary designed buildings, provide a sense of community he doesn’t find with highrise developments. 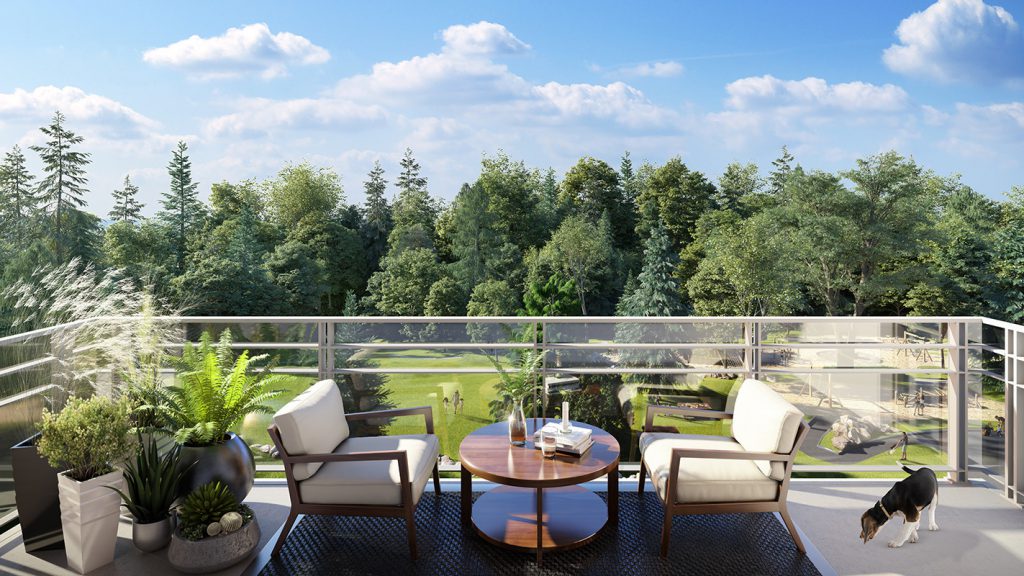 Within Moodyville Park are walking and biking trails that connect with Pacific Spirit Trail, a 35-kilometre waterfront-oriented greenway that ultimately will stretch from Deep Cove to Horseshoe Bay on the North Shore.

Green on Queensbury is just one of several developments in a master plan for several blocks of Third Street, formerly a collection of about 300 dilapidated single-family homes whose properties were assembled to make way for about 2,000 multi-family homes.

The long-overlooked area actually has a surprisingly colourful history. Considered the birthplace of North Vancouver, Moodyville was the spot where the city’s first European settlers worked and lived. That first community included a colourful American entrepreneur named Sewell Moody, who, in 1865, bought a sawmill that turned out massive beams from locally logged cedar, hemlock and fir for shipment to China, Australia, Great Britain and even Peru.

One of the moves that permitted formation of the park was a critical land swap the developer made with the municipality, said Parham Mahboubi, Qualex Landmark’s vice-president of new developments and marketing.

“It was not a very attractive place,” he said, pointing out that the swap permitted the removal of a city-owned rundown four-plex rental building to create a more level and larger area, and to redevelop Moodyville Park as more usable public space.

Sales of homes have been brisk since the presentation suite was opened earlier this month, he said, paving the way for sales of the second building to commence this fall.

Inside, the developer has focused on higher-quality finishing, including integrated European-crafted cabinetry for the spacious kitchens. The cabinetry includes space-saving features like pull-out storage instead of the traditional Lazy Susan, under-cabinet lighting and pantry spaces in selected homes. 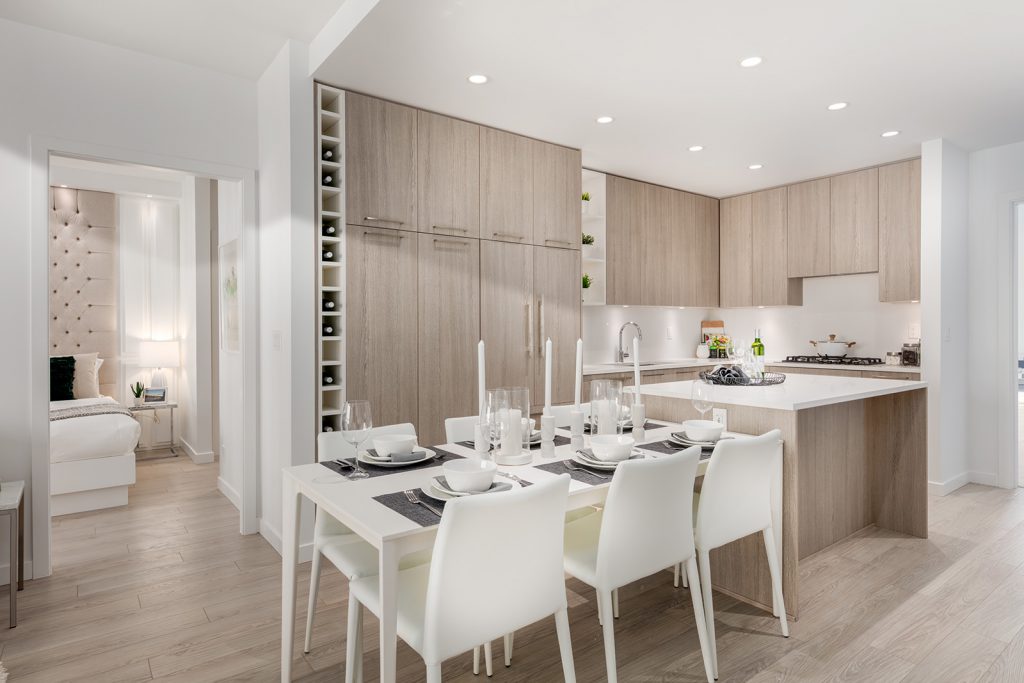 Countertops are premium quartz and chrome faucets are by Grohe. In one-bedroom units, the developer has included a Liebherr 30-inch refrigerator with ice maker; in the two-bedroom homes there is a 36-inch Fisher & Paykel french door fridge. All homes have a Fisher & Paykel stainless steel gas cooktop, 24-inch integrated double-drawer dishwasher and 30-inch wall oven, an AEG-brand 30-inch built-in range hood, a Panasonic built-in microwave and front-loading washer and dryer.
The homes have nine-foot ceilings in the living areas, and windows that come with roller shades. Flooring is quality wood laminate with an option to upgrade to carpeting in the bedrooms. 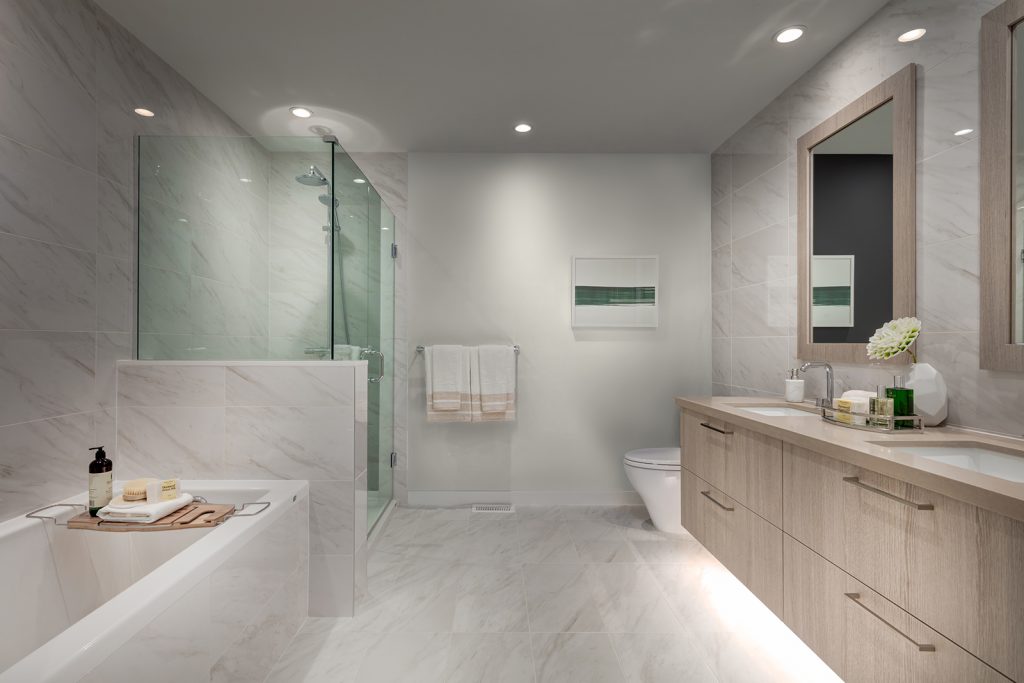 The master has a vanity with quartz countertop, under-mount sinks and a linen closet. Large-format porcelain tile is used for bath surrounds and floors with quartz accents for shower niches. Showers feature a frameless glass design and the mirrors are framed in the same wood material as the cabinetry. The two-bedroom models have variously sized ante-rooms that could be used for storage or a small home office or den.

The building’s amenities include a fitness room and lounge area plus a separate suite for visiting guests. The development’s name — Green On Queensbury — also refers to the green energy provided by the Lonsdale Energy Corp.’s district energy utility, which supplies hot water circulated through underground piping and mini-plants that provide heating and cooling. The project also incorporates several sustainable strategies, including LEED (gold) for homes, a green rating system that measures a building’s overall sustainability performance in eight categories.

Parking runs underneath all three buildings and includes charging for electric vehicles.
Qualex-Landmark was founded in 2002 and has won several awards for its residential and commercial projects in both B.C. and Alberta.